The Nature of Reality - Theory of Relativity, with the Dalai Lama 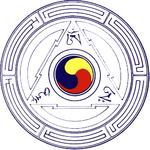 The Nature of Reality - Theory of Relativity, with the Dalai Lama

His Holiness the 14th Dalai Lama Arthur Zajonc, PhD Arthur Zajonc was professor of physics at Amherst College from 1978 to 2012, when he became President of the Mind & Life Institute.
He received his B.S. and Ph.D. in physics from the University of Michigan. He has been visiting professor and research scientist at the Ecole Normale Superieure in Paris, the Max Planck Institute for Quantum Optics, and the universities of Rochester, and Hannover.
He has been Fulbright professor at the University of Innsbruck in Austria. Michel Bitbol, PhD Michel Bitbol is presently Directeur de recherché at the Centre National de la Recherche Scientifique, in Paris, France.
He is based at the Centre de Recherche en Epistemologie Appliquee (CREA) in Paris He teaches the Philosophy of Modern Physics to graduate students at the University Paris I (Pantheon-Sorbonne). He was educated at several universities in Paris, where he received successively his M.D. in 1980, his Ph.D. in physics and biophysics in 1985, and his "Habilitation" in philosophy in 1997.
Geshe Thupten Jinpa Geshe Thupten Jinpa is the principal English translator to the Dalai Lama since 1985.
He has translated and edited more than ten books by the Dalai Lama including The World of Tibetan Buddhism (Wisdom Publications, 1993), A Good Heart: A Buddhist Perspective on the Teachings of Jesus (Wisdom Publications, 1996), and the New York Times bestseller Ethics for the New Millennium (Riverhead, 1999). Geshe Thupten Jinpa was born in Tibet in 1958.
He received his early education and training as a monk at Zongkar Chöde Monastery in South India and later joined the Shartse College of Ganden monastic university, South India, where he received the Geshe Lharam degree. He taught Buddhist epistemology, metaphysics, Middle Way philosophy and Buddhist psychology at Ganden for five years. Jinpa also holds B.A. Honors degree in Western Philosophy and a Ph.D. degree in Religious Studies, both from Cambridge University, UK. Over the last several years, largely through the work of the Emory-Tibet Science Initiative, Science for Monks, and Science Meets Dharma, science instruction has been given to a small group of monastic scholars.
Very recently, the decision was made to require science education for Geshe degrees at Tibetan monastic universities, and to facilitate all monastic students being introduced to modern science and the profound philosophical and ethical issues raised by science and technology. In recognition of this fact, this conference is taking place at one of the historically important Tibetan academic institutions, Drepung Monastery in Mundgod, India (Mind & Life Institute, 2013). 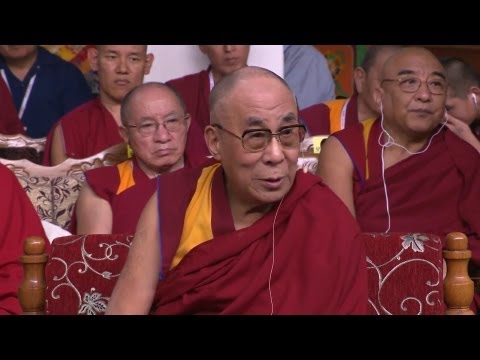 The Nature of Reality - Theory of Relativity, Quantum Science and Buddhist Thought 1/2 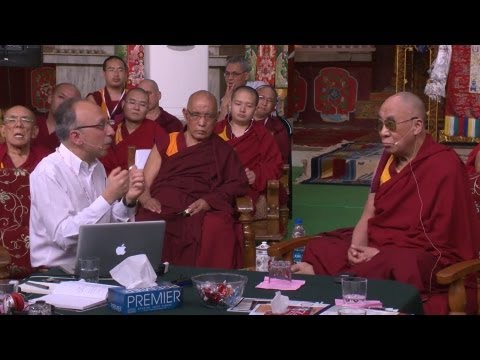 The Nature of Reality - Theory of Relativity, Quantum Science and Buddhist Thought 2/2