A six-year-old boy, trapped for 50hours in a borewell in Kurukshetra, has been rescued by the Army personnel.

Theboy, Prince, slipped into the well on Friday while playing near it.

During histwo-day ordeal, he was found to be stable on CCTV images. In the morning, he was giventea and biscuits and oxygen was pumped into the borewell.

A fire brigade teamfrom Mumbai had also headed to join the rescue effort.

"My daughter Payal cameto me. Being a toddler, all she could say was Baba has fallen in the nallah. I rushed tothe site after I heard this. I checked the nallah but Prince wasn't there," said Prince'smother.

"However, the children insisted that he had fallen there. So, I calledout for him and he replied. Now I was convinced he was there. I couldn't do anything torescue him but fellow villagers did try and help," he added.

Since 3 pm (IST) Saturday, servicemen from the 66 Engineers regiment of AmbalaCantonment worked tirelessly on the rescue tunnel. Rain hampered work briefly, butrescuers were emotionally involved in the effort.

Two crane operators had alsobeen working without a break for 15 hours.

PrimeMinister Manmohan Singh had also prayed for the speedy rescue and good health of theyoung boy.

Residents held a round-the-clock prayer vigil for the safe rescue ofPrince. Prayers were also held for Prince in Allahabad at a school for visually impairedstudents.
hier ein bild: 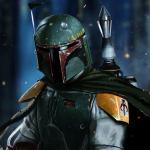