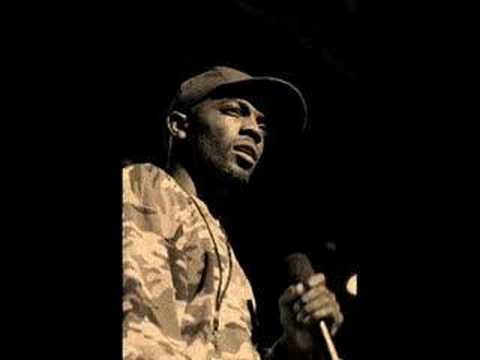 [Bruce Lee:]
Ultimately, martial art means
honestly expressing yourself...
it is easy for me to put on a show and be cocky,
or I could show you some really fancy movement...
But to express oneself honestly, not lying to oneself,
and to express myself honestly...
Now that, my friend is very hard to do.

Like sands through the hourglass, so
are the days of our lives
And for that live moment we thrive
Awakenings, as we make the dead come alive
Rise and walk my son
Come into the light
Inside the dark we illuminate mics
Give knowledge to mediocre
The will to neanderthal
Filter to the the small
Digital to analog
We steady advancin'
Rhyme enhancin'
Civil minds can't keep up with this

Dig - I'ma put it on the table
I ain't a thug nigga and playa, I ain't playful
I'm just Senim Silla, man without label
Standin' on my own to you tryin' to stay stable
Speakin' what I know to only what I'm able
I ain't the kinda guy who carry on for dough
The material cat who walk around for show
I'm just your everyday, merry way joe on the go
While others go with the flow
I ain't never been the one to
follow trend, I do my own bit
can't keep up with the joneses, I'm on my own shit
I don't care what you drink
What you stress, how you dress, or where you got the link
I ain't impressed
These lames run around like mice in a maze
Tryin' to get up on cheese, its just a rat race
Wanna change times' schemes to make man worship things
Over the supreme being, or stop, fill up?
Should I join the hypocrites?
Or side with the suckas by choice
It makes no difference that y'all product of environment
it's just coincidence
The world's a violent place baby,
there ain't no more innocence
Or civil men or penatence, just
Ignorance cast on the right from wrong
They mimic shit they see on TV or hear in a song
What that tell you they on?
A sucka act up every minute
The righteous live on but the the niggas are infinite

I ain't hardcore, I don't pack a 9 millimeter
Most of y'all gangster rappers ain't hardcore neither
Whoever get mad then I'm talkin 'bout you
Claim you fear no man but never walk without crew
Where I'm from, your reputation don't mean jack
So what you pack gats and you sell fiend's crack
You ain't big time, my man
You ain't no different from the next cat
in my neigberhood who did time
Rhyme after rhyme it's the same topic
What make you think you hardcore cuz you
was raised in the projects
Broke ass finally got a hundred in your pocket
Now you on the mic spittin' money's no object
What you say is bullcrap
If you wasn't with your crew and wasn't drunk off the brew
Would you still pull gats?
You need to stop frontin'
Or you're headed for self destruction
Yeah, today's topic is self-destruction
I ain't talkin 'bout the KRS-One discussion
I'm talkin 'bout the one too many ignorant suckas
Lyin' on the mic to my sistas and brothas
Everytime you listen to the radio,
all you hear is nonsense
They never play the bomb shit
Everything that glitters ain't gold
And every gold record don't glitter that's for damn sure

How many cats you know speak the illegit
rhyme after rhyme diligent?
85 percent represent ignorant
Either you innocent or guilty
Some of my favorite emcees fell off
It damn near killed me
Lookin' at the kids that was true hip-hop
Nowadays them cats don't even do hip-hop
Rap got 'em brainwashed with cats that don't last
And five minutes of fame
that's when it's a shame
Seein real emcees tryin' to imitate rappers
If you ask me they goin' out ass backwards
Tradin' in respect to push a fat Lex
Puff rhymin' on the remix, what's next?
It hurts so bad I wanna smack 'em
My favorite crew members break up turn
around and join wack ones
This is dedicated to you hip-hop hypocrites
Drivin wack songs like you don't give a shit
I ain't got nothin' against nobody
tryin' to make a decent living
It ain't the money that's the issue
Only if that's the reason why these
cats ain't makin' decent music
that's when I got beef with you
And I'ma break it you like never
Go ahead, call me player hater if it make you feel better
Try to jump my crew if you cats feel foggy
You need to wake up and smell the damn coffee

Yo, you know what?
I might not always say the right thing
But I say what the fuck I feel
On the real
What the deal

Knawmean?
World's greatest five-footer back up in yo shit
Check it
Let me ask you

[ VERSE 1 ]
Who these cats lookin punanny-ish?
For those who don't understand: that's some vagina shit
I think I'm lost, yo, tell me what you're dealin with?
Niggas' rhymes be watered down like porn star clitoris
It's so ridiculous, you're soundin hideous
Talkin tough, but be dressin on some wussy shit
Tight see-through shirt, on some hard nipple shit
Fake Versace shades while all up in the club and shit
Fake Rolex, it'll change the color of your arm and shit
Sports bras, halter tops, what the fuck is this?
Dudes be brought up just to sell some records? SHIT
Then wanna be voice of the streets, you see this bullshit?
Wait - if you gon' half-step in hip-hop, you need to stop
This here remains in the street, play puss, you're gettin fucked
Go 'head, play yourself with them ho-like hooks
Sing ballads if it's all about the Maxwell look
Mack make-up with a pair of [brand name] thinkin you're cute
Fubu suit with Steve Madden boots make me wanna puke
Phat Farm shorts with a garder belt, lookin like a whore
Or a purple bandana cause it matches your shaw?
Now tell me, what you rhymin for?
This shit is all about flows, fuck a fashion show
Hip-Hop 101, Professor Diggy, yo
And if you want it laid back, call Kenny Lattimore
No disrespect to these men, cause I like R&B
But right here in my class we gonnna emcee
It's all about the zhigge-zhigge, yeah, the scratch 'n cut
Graffiti art, jammin in the park, holdin your nuts
Muthafuckas, I am hip-hop, I walk hip-hop, I talk hip-hop
I need hip-hop, I lust hip-hop, I love hip-hop
B-Boy round the clock, doin it non-stop

[ VERSE 2 ]
Peep the Groove Attack ensemble, we about to fly high
Fuck majors, we independent like the 4th of July (Why?)
I guess we didn't really share the same vision
But it was their decision
Them fuckers just wouldn't listen
But now look who's bitchin
While Phifey cuts with precision
It's my ass they're kissin
Don't worry 'bout what I'm shippin
As for Jive, I know they hate on how I blow up the spot
How quickly they forget what got they ass to the top
What they figure, I bust my ass to feed they dirty-ass kids?
Get the fuck out of here, fuck am I, Britney Spears?
These cats'll turn you against your brethren if you let em, and how
It's the reason me and my former partner don't talk now
Communication is the key, capital word be unity
These folks will guide you to your grave, then come and read the eulogy
Independent like Philly, majors can't do shit for me but suck mi toe
Go find a MC with some half-assed flow
But I understand these styles, they just quickly endin now
Forever wantin to play games, but guess what, I'm not a child
For the new breed of MC's: learn to own your shit, gee
Stay black, keep it real, purchase at [Name]
Fuck a waiting to exhale, Malik is at once released
While all you so-called CEO's and A&R's get impeached
Say Fudge - you shoulda never let me off the damn leash

Ha-ha
Arrrf!
Now break it down now
I am hip-hop, I sleep hip-hop, I want hip-hop
I love hip-hop, I lust hip-hop, I need hip-hop
B-Boy round the clock, doin it non-stop

And I'm
Flawless
Diggy gon' hit you with the rawness 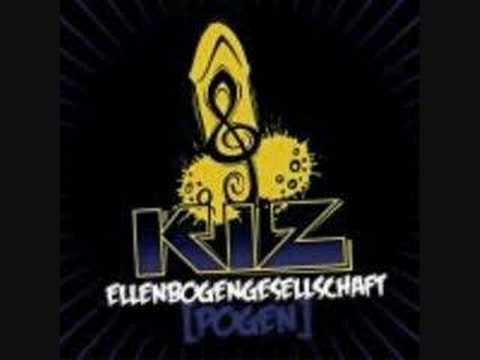 When Poeple say Tupac was the best Rapper. They don't mean he was just the best Rapper. Biggie was a swinger, Nas rhymed with his nose/trought (weiss nicht mehr)... Pac was with his lyrics better than avarage. Everything he said was, what he felt, like crack queeen mama , like the good speakers in history, malcom x and martin luther king..