Photos taken at the "Wilson Estevanovic Museum of Natural History" in Uberaba, Brazil.

Museum Curator Wilson Estavnovic Neto said that the museum, circus and itinerant theater, always operated by his ancestors, has covered all countries in the world. In these travels, they have managed to obtain--through donations-- artifacts, mummies and stones of all kinds which fell from space, as well as other interesting materials.

Alien. A strange piece drew our attention. A rather different mummified skeleton, similar to an alien: large-headed, earless, with odd-shaped eyes and mouth. All of these characteristics were highlighted by experts on the subject.

Source: Museum administrators claim not to know the provenance of the skeleton, which was discovered only recently when they tried to "de-mummify" the piece, which was probably acquired in Egypt. The specimen is on display in the museum only on Sundays and under guard. According to the owners, at least ten efforts to steal the item have been amde.

To give a better idea, the skull is alsmost twice the size of an adult human skull and is rather out of proportion in relation with the rest of the body, which measures approximately 50 cm. The six-toed foot is there mummified. 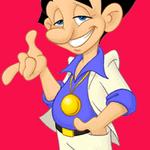 don't judge a book by it's cover