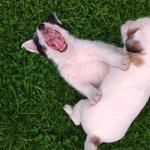 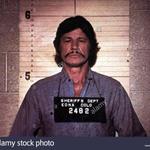 Rosenfield obtained an opinion from Kenneth H. Brasfield, a doctor of pharmacy who reviewed the 1985 and 2009 forensic lab reports. His two-page letter concluded that, “Jens Soering has been eliminated as the type O contributor.”

However, Betty Layne DesPortes, a Richmond criminal defense lawyer and president-elect of the American Academy of Forensic Sciences, also reviewed the 1985 and 2009 reports and disagrees.

“The evidence sample was swabbed and it may have contained not only the type O blood but other sources of DNA, such as skin cells,” she said.

DesPortes said that without knowing whose DNA profile was present, more needs to be known to determine the significance of the test results.

Since the same DNA profile was found in items containing two different types of blood, it further suggests the DNA profile cited by Soering and Rosenfield was not from the blood itself but from other sources, perhaps from Derek Haysom, whose profile was not known, DesPortes said.

She said it appears the “probative” value of the DNA results in this case is limited by a number of open questions.

“On their face, given the circumstances of collection and storage, it does not appear that they independently support an actual innocence claim,” DesPortes said.

But profiles were identified on 11 items. Soering and Elizabeth Haysom’s DNA were excluded. The lab reported that the genetic profiles of the victims were not available for comparison, and apparently the results were not run through the state or national DNA databanks to see if there might be a cold hit. The Department of Forensic Science will not comment.