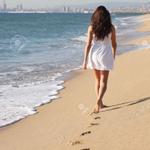 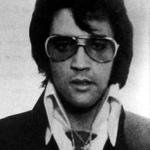 "On April 6 in Roanoke, police say Shifflett and Albright robbed a homeless man of his wallet and killed him, stabbing him 26 times and amputating his penis. They were later convicted of his murder.

A week or two after he had stopped the men, Anderson found a Buck 110 folding knife in the back seat of his patrol car. The medical examiner who performed the Haysom autopsies said the knife was consistent with the type of weapon used in their murders.

None of this information was disclosed to Soering’s defense during his 1990 trial, although Anderson said he reported it at the time to an officer working on the Haysom case and to Roanoke authorities.

Soering’s team learned of it years later and used it to argue that his conviction should be reversed. Bedford Circuit Court granted Soering a hearing in 1996. But the judge was not persuaded that the disclosure would have changed the outcome of his trial and the state Supreme Court agreed.

Today, Harding and Hudson think that’s an angle worth exploring. Perhaps Elizabeth Haysom, an admitted heroin user, could have known the men through drug connections, they theorize.

“For me, they’re just persons of interest,” Harding said. “They’re two guys you’d like to rule in or out.”

To that end, they wrote to the men in prison. One wrote back saying he did not want to talk. The other did not reply.

Harding and Hudson also went to Roanoke to look through public case files on Shifflett and Albright. They would like to see investigative notes that would not be part of the court record but could not get access. Harding also wrote to the state Department of Forensics, asking that it compare the men’s DNA profiles to those found at the Haysom crime scene. The response was that only Bedford County could make such a request.

“These guys knifed a man not far from the Haysom residence,” Harding said in Grisham’s sleek office. “These two folks — one of them at least — involved in heavy drugs, as we believe Elizabeth was. DNA should be in the databank. We simply asked, ‘Would you take those profiles and compare them to the
"

First, the only relationship between the Haysom andthe Milliken murders was that they occurred in the same countywithin six days of each other, and both were carried out with a knife.There is no evidence whatsoever that either Shifflett or Albright hadever met, or knew of, Elizabeth Haysom or her parents, nor is thereany physical evidence connecting Shifflett or Albright to the Haysommurders. Second, it is highly unlikely that Shifflett and Albright, whomurdered another vagrant to rob him of his empty wallet, murderedthe Haysoms, since robbery was patently not the motive behind theHaysom murders: silverware, jewelry, $122 in cash, the automobileparked outside and the keys thereto, a television, stereo equipment,and other valuable items that were in plain view were left behind afterthe Haysoms were murdered. J.A. 1269, 1273, 1281-83, 694, 690-91.Third, the manner in which Milliken and the Haysoms were murdereddiffered markedly: Milliken's throat was stabbed, not slashed, as wasthe case with the Haysoms, and thus Milliken died slowly, unlike theHaysoms; moreover, the Haysoms were not sexually mutilated, aswas Milliken. Compare J.A. 1243-49 with J.A. 1226-42; see also J.A.1191. Fourth, it is far from clear that the knife that the deputy foundburied in the back seat of his patrol car one week after he detainedShifflett and Albright, and that Soering now alleges was used by Shif-flett and Albright to murder the Haysoms, even belonged to the two vagrants, since the deputy could not recall when he had last checkedhis back seat prior to detaining Shifflett and Albright. J.A. 1120.Fifth, the knife was a very common kind of folding knife, readilyavailable at retail stores. J.A. 1189. Sixth, even if the knife did belongto Shifflett and Albright, there were no traces of blood on it, andalthough the blade was "consistent with the size and shape of [the]weapon that could have caused the wounds to [the Haysoms]," themedical examiner explained that he could not determine the precisedimensions of the blade actually used to cause the Haysoms' wounds