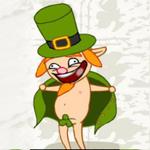 The U.S. Geological
Survey has reported a series of earthquakes that have occurred in southern Philippines in the Moro Gulf on Saturday morning. The earthquakes occurred over a span of one hour. There were no tsunami warnings issued after the quake struck nor were there any reports of damage.

CNN reports state that out of the four earthquake tremors that were felt in the Philippines, three of them were of the magnitude 7.3 to 7.6 and the other was a relatively smaller tremor compared to the previous ones – it was of the magnitude 5.4.

The first earthquake struck at 06:08 am local time and the last and the fourth tremor struck at 07.15 am. The interesting point of the last quake, was that the quake had originated at depth of 616 kms below the Earth’s surface. The epicenter of the quake was around 100 kms off the coastal city of Cotabato and 950 kms from Manila.

Philippines has been prone to earthquakes since a long time. One of the big quakes was the 1990 Luzon earthquake, which was of 7.8 magnitude and killed 1,621 people.

In North Sulawesi, the nearest Indonesia's area to the earthquake epicenter, residence rushed out their homes when they felt the shakes of the quake, but, there were no buildings damaged or people injured, head of the local Disaster Management Agency Arnold Poly said.

"Many people, most of them were having breakfast, became panic and ran out from their house," he told Xinhua over phone from the North Sulawesi.

Indonesian Meteorology and Geophysics Agency reported that the intensity of the quake was felt at 3 MMI (Modified Mercally Intensity) in Talaud of north Sulawesi.

The agency also confirmed that so far there were no damages or casualty.

The earthquake struck at 06:15 a.m. Jakarta time Saturday, the distance of the quake epicentre located in the Philippines from Indonesia was at 410 km northwest Melonguane of North Sulawesi of eastern Indonesia and with the depth at 649 km under sea bed, the agency said.

"We did not issue tsunami warning, as the epicenter of the quake is very deep," the official of the agency said.