I am a 30ish Canadian housewife.

It is all BUNK.

Not one shred of evidence has been put forth to support this story: No diplomas, no resumes, no transcripts, no memberships in professional organizations, no papers, no pages from MIT or Caltech yearbooks. 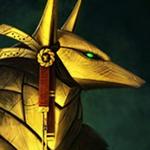 "When he ( = bob lazar ) declared bankruptcy in the mid 1980s for almost $300,000.00 he listed his occupation as a self-employed film processor. With MS degrees from MIT and Caltech? Caltech would not have accepted him for an MS program if he already had one from MIT."

When George did the interview Bob said, amongst other things, that he had been hired to install a computer system for a local brothel. That was a bad idea. The fact that Bob had broadcast this on television reflected his naivety about the ramifications of his actions. The Las Vegas cops now had a problem. Here was a guy stating that he knew where a local brothel was and all they had to do was ask him it's whereabouts and then bust it. The problem was compounded by the fact that the brothel was run by one of their informants and they were aware of her operation.

The madam's vice buddies explained to her that they had to bust her operation because of Bob's televised admission. After all, the entire vice department didn't know about this, just a couple of vice cops she knew and did business with. They busted the place and she blamed the entire operation on Bob, probably under their advice. She had a client list of some very high level Las Vegans, including cops, and they weren't about to force her to make that public. They let her off with a misdemeanor called, "Keeping a Disorderly House", which is Nevada statute from the early 1900s. I don't think anybody even knows what that's supposed to mean. They then charge Bob with six felonies.

These cops thought they could just hang this whole thing on Bob and be done with it. They soon found out that Bob Lazar had a large following and hundreds of thousands of people were scrutinizing this story. Naturally, most following Bob's story thought this was a setup by the federal government to discredit him, and they may have been involved, but that is unknown to this day.

Anyway, under some of the most incompetent and questionable legal advice in history, Bob plead guilty to pandering and they dropped the rest of the charges. We all urged Bob to fight it but he didn't want to spend the money. This is part of his "I can do everything myself" attitude because his dad is a wealthy L.A. businessman and money would have been no problem. Bob simply won't depend on anyone, even those that love him and want to help him.

Prior to sentencing Judge John Lehman questioned how it was possible that a guy with no previous criminal record, like Bob, would have plead guilty under these circumstances. He also couldn't understand how the madam of the brothel wasn't in front of him as a co-defendant. After all, in the madam's original statement to the police she admitted having become a prostitute in 1971 when Bob Lazar was 12 years old. The judge wasn't buying that Bob coerced HER into anything. All of the judges questions and apprehensions were stated on the record, ON CAMERA, and George Knapp still has a copy of the raw footage.

Bob was sentenced to 3 years probation and community service. Ironically, he completed his community service by installing yet another computer system, this time for Clark County, Nevada. The guys down at probation would jockey for position to see who got to go visit Bob so they could talk to him and ask him UFO questions. He's now off probation and we're currently investigating the possibilities for a pardon. The whole thing was one bad dream and somewhat of a joke because there have only been a handful of pandering convictions in the history of Las Vegas and the others weren't scientists with no criminal record.