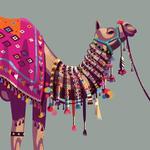 "Spanking a child leads to bad behaviors, not the better manners some parents may think a smack on the bottom will elicit, a new study suggests.

Spanking doesn't make kids behave better right away and it leads to worse behavior in the long run, said Gershoff, an associate professor of human development and family sciences at the University of Texas at Austin. And spanked kids are more likely to be aggressive and antisocial.

'The irony is that many parents spank when their kids are aggressive. So the child thinks you can use spanking to get what you want - kids learn that,' she said."

"On Sept. 25, a sociologist from the University of New Hampshire, Murray Straus, presented a paper at the International Conference on Violence, Abuse and Trauma in San Diego suggesting that corporal punishment does leave a long-lasting mark — in the form of lower IQ. Straus, who is 83 and has been studying corporal punishment since 1969, found that kids who were physically punished had up to a five-point lower IQ score than kids who weren't — the more children were spanked, the lower their IQs — and that the effect could be seen not only in individual children but across entire nations as well. Among 32 countries Straus studied, in those where spanking was accepted, the average IQ of the survey population was lower than in nations where spanking was rare, the researcher says." 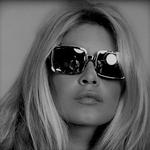