Some Ladies in White are victims of car crashes; such is the case for one woman named Teresa Fidalgo, who allegedly caused a car crash, according to a tape held by Brazilian authorities. Teresa Fidalgo had died in 1983 at the spot mentioned in the tape. This footage is highly debated as being faked or acted out by the people in the tape, who may have heard of the incident, but due to the fact this tape was supposedly found at the scene of the accident, nothing is certain
video:
http://www.youtube.com/watch?v=jhL4j9DEF…
Note: This is a re-enactment of a bizarre car accident caused by a spirit in Sintra Portugal.

At approximately 4mins 20seconds, the group of teenagers stopped to pick up a stranger on the road, that’s when the strange chain of events started acting up.

During that short ride after Teresa boarded the car, she actually told them she was killed in an accident 2 years ago but they didn’t believe her. Thereafter she pointed to the exact spot where she claimed she was killed before reverting to her true form.

- 2 years before the real victims of this accident met this spirit, there were actual police records, which depict another fatal accident, involved this girl by the name of Teresa Fidalgo back in 1983.

- Although this video was only a re-enactment of the actual accident, for some unexplained reason, the frames somehow ‘jumped’ and went out of focus whenever the camera was focused on the girl who played Teresa’s role in that actual accident. Also notice that when the girl who played Teresa pointed to the road ahead, that particular streetlamp directly above was put out.

- In the actual accident, police authorities found a DV camera recording, which is 13-14 minutes long, which shows what had actually taken place before the accident.

- In the actual investigations, the police later released that the car crash had never hit anything it just flipped over without any actual explanation and coincidentally that very same streetlamp, which was taken out during this re-enactment

Many viewers claimed the video was a fake and regarded it as an imitation of The Blair Witch Project.[10] The producer, David Rebordão, admits this, explaining the story's fabrication on his website.[ 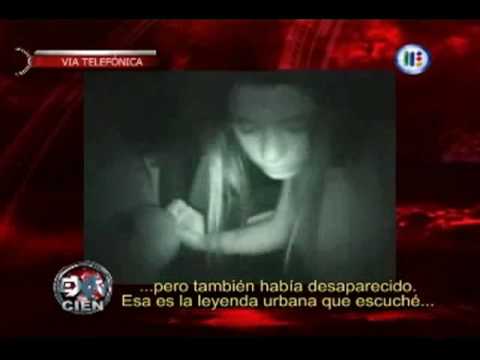