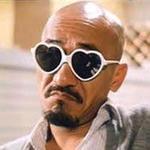 
Gurkha ordered back to UK after beheading dead Taliban fighter


A Gurkha soldier has been flown back to the UK after hacking the head off a dead Taliban commander with his ceremonial knife to prove the dead mans identity.

The private, from 1st Battalion, Royal Gurkha Rifles, was involved in a fierce firefight with insurgents in the Babaji area of central Helmand Province when the incident took place earlier this month.

His unit had been told that they were seeking a high value target, a Taliban commander, and that they must prove they had killed the right man.
Deadly: A platoon of Gurkhas demonstrate their skill with their kukri knives in a training exercise, after it is revealed that one of their regiment chopped off the head of a Taliban fighter in order to find proof of ID

The Gurkhas had intended to remove the Taliban leaders body from the battlefield for identification purposes.

But they came under heavy fire as their tried to do so. Military sources said that in the heat of battle, the Gurkha took out his curved kukri knife and beheaded the dead insurgent.

He is understood to have removed the mans head from the area, leaving the rest of his body on the battlefield.

This is considered a gross insult to the Muslims of Afghanistan, who bury the entire body of their dead even if parts have to be retrieved.

British soldiers often return missing body parts once a battle has ended so the dead can be buried in one piece.

A source said: Removing the head in this way was totally inappropriate.

Army sources said that the soldier, who is in his early 20s, initially told investigators that he unsheathed his kukri the symbolic weapon of the Gurkhas after running out of ammunition.

But later the Taliban fighter was mutilated so his identity could be verified through DNA tests.

The source said: The soldier has been removed from duty and flown home. There is no sense of glory involved here, more a sense of shame. He should not have done what he did.

The incident, which is being investigated by senior commanders, is hugely embarrassing to the British Army, which is trying to build bridges with local Afghan communities who have spent decades under ­Taliban rule.

If the Gurkha being investigated by the Army is found guilty of beheading the dead enemy soldier, he will have contravened the Geneva Conventions which dictate the rules of war. Soldiers are banned from demeaning their enemies.

The Gurkha now faces disciplinary action and a possible court martial. If found guilty, he could be jailed.

He is now confined to barracks at the Shorncliffe garrison, near Folkestone, Kent.

The incident happened as the Gurkha troop was advancing towards a hostile area before engaging the enemy in battle.

Colonel Richard Kemp, a former commander of British forces in Afghanistan, said: In this case, it appears that the ­soldier was not acting maliciously, but his actions were clearly ill-judged.

The Gurkhas are a very fine regiment with a proud tradition of service in the British forces and have fought very bravely in Afghanistan.

'I have no doubt that this behaviour would be as strongly condemned by the other members of that regiment, as it would by all soldiers in the British forces.

A Ministry of Defence spokesman said: We are aware of an incident and have informed the Afghan authorities. An inves-t­igation is underway and it would not be appropriate to comment further until this is concluded.

The Ministry also revealed yesterday that four British servicemen had been killed in Afghanistan in 24 hours.

An airman from the RAF Regiment died in a road accident near Camp Bastion in Helmand and a marine from 40 Commando Royal Marines was killed in an explosion in Sangin on Friday.

A Royal Dragoon Guard died in a blast in the Nahr-e Saraj district of Helmand Province yesterday. The fourth serviceman also died in an explosion.

The British death toll in the Afghan campaign since 2001 is now 322.

Afghan troops trained by the British Army recently led a major operation into a Taliban stronghold.

It was one of the first operations organised by the Afghan National Army.

The iconic kukri knife used by the Gurkhas can be a weapon or a tool. It is the traditional utility knife of the Nepalese people, but is mainly known as a symbolic weapon for Gurkha regiments all over the world.

The kukri signifies courage and valour on the battlefield and is sometimes worn by bridegrooms during their wedding ceremony.

The kukris heavy blade enables the user to inflict deep wounds and to cut muscle and bone with one stroke.

It can also be used in stealth operations to slash an enemys throat, killing him instantly and silently.

They range from the shootings of individual innocents to the often massive loss of life from air strikes, which eventually led President Hamid Karzai to protest publicly that the US was treating Afghan lives as "cheap". When civilian family members are actually killed in Afghanistan, their relatives do, in fairness, get greater solatia payments than cans of beans and Hershey bars. The logs refer to sums paid of 100,000 Afghani per corpse, equivalent to about £1,500.[21]

WikiLeaks founder Julian Assange has hit out at the US military, saying that it bears the ultimate responsibility for any deaths of Afghan informers in the wake of the publication by his organisation of 75,000 leaked files of American army secrets.