The Missile Defence (MD) program being proposed by theUS aims to intercept incoming inter-continental ballistic missiles (ICBMs) before theyhit the US. Put simply, by tracking an incoming ICBM, the US will target their own'exo-atmospheric kill vehicles' (aka missiles) to shoot it down. The missile will beblown up in earth's outer atmosphere.

To do this, the US needs to have trackingcentres, Command Centres, and Ground Based Interceptor stations (where the 'killvehicles' are launched). To ensure global coverage, most of these will need to be locatedoff US soil. Australia's Pine Gap satellite spy facilities are key to the MD proposal,acting as a command centre for the system providing early warning and tracking data.

The agenda behind the agenda is that the US are actively working towards completedomination of space as a war fighting zone by 2020. By controlling surveillance in space,the US can effectively control the planet. The overall system is known as 'GlobalEngagement' ­ Missile Defence is only one part of the bigger picture.The Missile Defence(MD) program being proposed by the US aims to intercept incoming intercontinentalballistic missiles. While the proposal to "hit a bullet with a bullet"is questionable initself, MD also actively undermines international treaties and threatens to create a newglobal arms race. MD is not a question of US self defence but an offensive system whichwould allow the US to attack other nations and to dominate space. MD will weakeninternational security. Australia¹s participation in this offensive war fighting systemmakes it a potential target for nations wishing to undermine the US plans.

The US military spy base Pine Gap is located less than 20 kmoutside Alice Springs, in the Northern Territory. It is on the land of the Arrentepeople. Pine Gap is a military facility that has been used to target US bombing on Iraqand is currently assisting in targeting bombs against Afghanistan. The Pine Gapfacilities will be a Command Centre for the Missile Defence system.

In 1988 a new 10-year lease for the US facilities wassigned by then Prime Minister Bob Hawke. The agreement specified a three-yearnotification period which required the Australian government to give notice in 1995 toclose both Nurrungar and Pine Gap in 1998, when the leases come up for renewal. Australiaarranged to have greater access to the information collected by the bases.

SOMETIME IN THE 1960's
UnitedStates Government enters in to secret talks with the Australian Government on the topicof constructing a Satellite Relay Station somewhere in Australia's inland. USGS (UnitedStates Geological Survey) begins to study geological maps and surveys of inlandAustralia. In either 1964 or 1965, central Australia is selected as the region toconstruct the facility. Request is made to the Australian Government to provide suggestedlocations to construct the facility. Proposed site is offered to the United States of a25 acre piece of land owned by the Australian Air Force with the option of expanding theland holdings. The site, located only 7 kilometres from the town centre of Alice Springs,is inspected by U.S. Government, but found unsuitable. U.S. Government decides on AliceSprings environs as the site for the future facility.

DECEMBER 1966
December 16 - Anouncement made of a JointAustralian-American facility to be constructed near Alice Springs, Northern Territory ofAustralia. Project to be completed over 18 months. Land selected on Temple Bar Stationowned by Mr Jim BULLEN.

JANUARY 1967
Controversy begins when BULLEN is askedto volunteer his land to the project. BULLEN is offered 52 cents an acre, take it orleave it. BULLEN asks for fair compensation and an assurance that the facility to bebuilt is a wholly Australian operated facility and that no military activity be performedat the proposed base.

Australian Prime Minister Harold HOLT says there will beno launching or firing from the proposed Pine Gap facility. Alice Springs Member of theNorthern Territory Government, Mr Charlie ORR, criticises Australian Prime MinisterHarold HOLT for his "non-commital and misconstrued attitude" in relation to theinformation releases from the Americans. Mr ORR also questions what economic benefitthere would be for Alice Springs to have this base established.

FEBRUARY 1967
BULLEN continues to protest for fair compensation of the 900 acres of land taken fromhim, for which he was paid a total payment of only $470.
The facility is first giventhe pen name of "The Space Base".
It is anounced that local Alice Springsconstruction company, Nor-ter Pty Ltd have signed a contract worth $51,485.69 toconstruct roads, streets and guttering.

MARCH 1967
Mr Richard STALLINGSgives a talk to members of the Alice Springs Rotary Club. Mr STALLINGS is named as"Senior US-Australian Representative" of the facility. Mr STALLINGS anounces that therewould be "no serving military officers or men at the site". He announced thatconstruction of the buildings would be completed in 15 months and it would take a further9 months to install the equipment. He said that one of the radomes would be 100 feet indiameter. He also stated that the facility would employ 25 Americans and about 60Australians initially with further advancement employing a further 100 Australians. Hestated that the facility would expand over the years with most of the materials for thefacility being pre-fabricated in the United States.

MAY 1967
Australian Commonweatlth Gazette reports that Mr Edwin J HATT of the AustrlianDepartment of Supply is to be placed as Officer in Charge of Security at the DefenceFacility. His job title referred to as Executive Officer and Representative of theDepartment of Defence. Mr HATT was formerly in charge of security at the Woomera RocketTesting Range in South Australia.
Public anouncement for first time that there wasalready a secret U.S. facility in central Australia, having been in existance since the1950's. Name and location of that facility remains secret.
Official name of thefacility penned as "United States - Australia Space Defence Research Facility."
Announcement made that the facility will be enclosed by a 50 mile fence. Reportedthat fence is to prevent motor vehicle entry that might cause radio interference withfacility's equipment.
MEDIA RELEASE - "It will house two antenae, housed underplastic radomes as protection against desert sand, dust and rain". Further reported tothe media by the Australian Government- "It is believed that the facility will cost inexcess of $8 million and will be mainly staffed by Americans."
Mr Charlie ORR said"We have had the wool pulled over our eyes". His comment came as a result of speculationthat Alice Springs would become a target in the event of a military conflict after it wasanounced that the facility would be associated with spy-in-the-sky operations and was infact a "defence facility".
LATE MAY - Construction halts when a general strike iscalled by construction workers.

JUNE 1967
June 9 - Construction recommencesafter a general strike was called by the construction workers when their Trade Unionclaimed that workers were underpaid.
Mr Reg HARRIS, a prominent Alice Springsresident speaks out in support of the defence facility. He stated that he discovered thatthe facility was inject a lot of finance and economic benefit to the town. He discovered13 local companies were contracted to supply goods, services and labor valued at over$250,000.
A survey of 300 Alice Springs residents revealed an "overwhelming supportfor the facility".
Construction had slowed down further due to extensive flooding asa result of torential rains. Proposed completion date has been expanded. The completiontime is now speculated to take a further18 months to 2 years.

JULY 1967
MrNoel GEE, the general construction supervisor, discloses what was supposed to be asecret. He reveals that there is extensive drilling taking place at the facility. Mr GEEthen rebutted his own comment saying that his workers had drilled two water bores andthat the Facility would be self sufficient.
Mr GEE further anounces that the facilitywould have an unspecified number of buildings constructed mainly of concrete block workwith little timber used.
The facility under construction is open to the media for oneday. Journalists saw numerous trucks and earth-moving equipment, tents and a large trenchset amidst the numerous roads and tracks around the construction site.

1970 -Pine Gap becomes operational. COLLINS RADIO of Dallas, Texas is the major companyinvolved at the facility.

1974 - The Australian Government announces that PineGap is being controlled by the C.I.A.
Unauthorised photographs and other informationfrom inside the facility are reported to have been sold to Russia.

1983 -Protest against Pine Gap leads to arrest of many people

1985 - An unconfirmedreport of an unidentified aircraft travelling at erratic speeds buzzes a governmentemployee and police officers, 100 kilometres west of Alice Springs.

1986 - Over300 people arrested at a Pine Gap Protest Rally at the gates of Pine Gap.

1988 -A local hot air Balloon pilot is forced to down his balloon when wind currents caused himto drift over Pine Gap land holdings. There were several tourist on board at that time.There are unconfirmed reports of minor injuries

1991 - U.S. Newspapers report that Pine Gap is instrumental in thetracking of Iraq's SCUD Missiles and the guidance and trajectory of the the U.S. PATRIOTMissiles. Also reports that Satellite Imagery from Pine Gap was monitoring the troopmovements and other miltary activity of Iraq.

1996 - Rumours begin to speculatewhen witnesses allege to have seen a triangular shaped aircraft crash or land rapidly atan area west of Pine Gap. A local man looking for the alleged site reports he is stoppedand expelled by Pine Gap Security staff. The alleged area of land is on private propertyoutside of Pine Gap's land holdings.
November 1996 - UFO hoax perpertrated by a localyouth launching hot air balloons. Rumours speculate UFO's until cause of lights in thesky is discovered..

1997 - Further rumours begin to speculate when a woman andher son claim they saw a blue glowing light rise and descend over Pine Gap.

1998- I established my Pine Gap Research Pages and posted them on the Internet. As a result,some Pine Gap Executives don't talk to me any more. 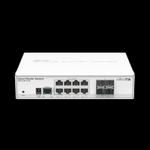 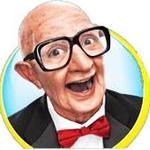