grüsse :kiff: smokingun .... strained to see something through the fog. 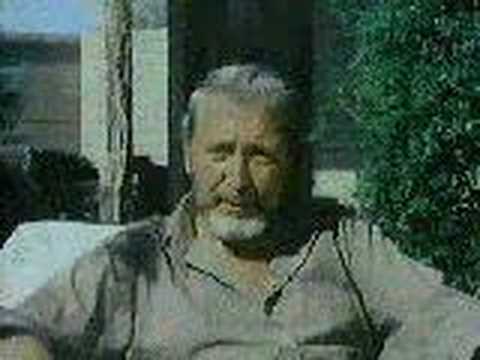 Eric Eliason: U.S. Geological Survey in Flagstaff, Arizona, created image-processing software so astrogeologists can analyze photographs of planets beamed back from space, spent two years producing the intricate radar map of cloud-covered Venus acquired by Pioneer 10: "In the photographs there were no sharp breaks where you could see it had been somehow artificially dubbed. And if that dubbing was registered in the film, the computer would have seen it. We didn't see anything."

Robert Post: JPL photo laboratory for 22 years, was the head of that lab in 1979, and oversaw the developing and printing of every photograph that came out of JPL at the time: "From a photography standpoint, you couldn't see anything that was fake about the Meier photos. That's what struck me. They looked like legitimate photographs. I thought, 'God, if this is real, this is going to be really something.”

Dr. Michael Malin: Principal investigator for the Mars Orbiter Camera on NASA's Mars Global Surveyor spacecraft at Malin Space Science Systems (MSSS), San Diego, CA. Analyzed Meier’s photographs in 1981: "I find the photographs themselves credible, they're good photographs. They appear to represent a real phenomenon. The story that some farmer in Switzerland is on a first name basis with dozens of aliens who come to visit him ... I find that incredible. But I find the photographs more credible. They're reasonable evidence of something. What that something is I don't know." Malin also said, "If the photographs are hoaxes then I am intrigued by the quality of the hoax. How did he do it? I'm always interested in seeing a master at work."

Stephen Ambrose: Sound engineer for Stevie Wonder, inventor of the Micro Monitor radio set and speaker that fits inside Wonder's ear, analyzed the Meier sound recordings of one of the UFO’s as it hovered above him. Not only was he unable to duplicate the sounds with synthesizers, he found they created totally unique patterns on a spectrum analyzer and on the oscilloscope. Another sound engineer named Nils Rognerud corroborated Ambrose’s findings. Think about this for just a moment, these experts, using state-of-the-art equipment, were unable to duplicate the sounds and the unique patterns they generated.

Wally Gentleman: Director of Special Effects on the Canadian Film Board for ten years, director of special photographic effects for Stanley Kubrick's film 2001, had viewed Meier’s 8mm film segments of the UFO’s. Showed that the manpower and costs to fake the films were clearly beyond Meier’s reach: "My greatest problem is that for anybody faking this" (referring to one of the photographs) "the shadow that is thrown onto that tree is correct. Therefore, if somebody is faking it they have an expert there. And being an expert myself, I know that that expert knowledge is very hard to come by. So I say, 'Well, is that expert knowledge there or isn't it there?' Because if the expert knowledge isn't there, this has got to be real."

Nippon TV: Did their own examination and also came to the conclusion that there were no models, special effects or hoaxing involved in Meier’s films.

Marcel Vogel: Research chemist for IBM for twenty-two years, held thirty-two patents, and invented the magnetic disk coating memory system still used in IBM disk memories. A specialist in the conversion of energy inside crystals, Vogel probed crystalline structures with the most complete optical microscopic equipment available in the world - a system of scanning electron microscopes costing $250,000. Lieut. Col. Wendelle Stevens, USAF (Ret.): One of the original investigators in the Meier case. In 1979, he sent Vogel crystals and metal samples Meier had received from the Plejarens. Vogel reported, ”When I touched the oxide with a stainless steel probe, red streaks appeared and the oxide coating disappeared. I just touched the metal like that, and it started to deoxidize and become a pure metal. I have never seen a phenomenon like that before.” Of another metal sample containing nearly every element in the periodic table, Vogel stated, “Each pure element was bonded to each of the others, yet somehow retained its own identity.” X-ray diffraction and spectral analysis revealed both Thulium and Rhenium. “Thulium exists only in minute amounts. It is exceedingly expensive, far beyond platinum, and rare to come by. Someone would have to have an extensive metallurgical knowledge even to be aware of a composition of this type", said Vogel. At 1600 X Vogel said, "A whole new world appears in the specimen. There are structures within structures - very unusual." At 2500 X he found that the sample was, “metal, but at the same time ... it is crystal!"

Vogel put the full weight of his expertise in these summary comments: "With any technology that I know of, we could not achieve this on this planet! I could not put it together myself, as a scientist... And I think it is important that those of us who are in the scientific world sit down and do some serious study on these things instead of putting it off as people's imagination." Again, here is another top-level scientific specialist who is unable to duplicate the material presented to him by Meier.