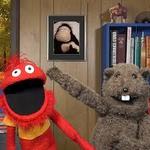 The Russian government interfered in the 2016 U.S. presidential election with the goal of harming the campaign of Hillary Clinton, boosting the candidacy of Donald Trump, and increasing political and social discord in the United States.

The Internet Research Agency, based in Saint Petersburg and described as a troll farm, created thousands of social media accounts that purported to be Americans supporting radical political groups, and planned or promoted events in support of Trump and against Clinton; they reached millions of social media users between 2013 and 2017. Fabricated articles and disinformation were spread from Russian government-controlled media, and promoted on social media. Additionally, computer hackers affiliated with the Russian military intelligence service (GRU) infiltrated information systems of the Democratic National Committee (DNC), the Democratic Congressional Campaign Committee (DCCC), and Clinton campaign officials, notably chairman John Podesta, and publicly released stolen files and emails through DCLeaks, Guccifer 2.0 and WikiLeaks during the election campaign. Finally, several individuals connected to Russia contacted various Trump campaign associates, offering business opportunities to the Trump Organization and damaging information on Clinton. Russian government officials have denied involvement in any of the hacks or leaks.

Russian interference activities triggered strong statements from American intelligence agencies, a direct warning by then-U.S. President Barack Obama to Russian President Vladimir Putin, renewed economic sanctions against Russia, closures of Russian diplomatic facilities and expulsion of their staff. The Senate and House Intelligence Committees conducted their own investigations into the matter. Trump denied the interference had occurred, contending that it was a "hoax" perpetrated by Democrats to explain Clinton's loss. He dismissed FBI Director James Comey in part over his investigation of Russian meddling.

Russian attempts to interfere in the election were first disclosed publicly by members of the United States Congress on September 22, 2016, confirmed by United States intelligence agencies on October 7, 2016, and further detailed by the Director of National Intelligence office in January 2017. According to U.S. intelligence agencies, the operation was ordered directly by Putin. The Federal Bureau of Investigation (FBI) opened the Crossfire Hurricane investigation of Russian interference on July 31, 2016, including a special focus on links between Trump associates and Russian officials and suspected coordination between the Trump campaign and the Russian government. The FBI's work was taken over in May 2017 by former FBI director Robert Mueller, who led a Special Counsel investigation until March 2019.[1] Mueller concluded that Russian interference was "sweeping and systematic" and "violated U.S. criminal law", and he indicted twenty-six Russian citizens and three Russian organizations. The investigation also led to indictments and convictions of Trump campaign officials and associated Americans, for unrelated charges. The Special Counsel's report, made public on April 18, 2019, examined numerous contacts between the Trump campaign and Russian officials but concluded that there was insufficient evidence to bring any conspiracy or coordination charges against Trump or his associates.
[...]
According to the special counsel investigation's Mueller Report (officially named "Report on the Investigation into Russian Interference in the 2016 Presidential Election"),[33] the first method of Russian interference used the Internet Research Agency (IRA), a Kremlin-linked troll farm, to wage "a social media campaign that favored presidential candidate Donald J. Trump and disparaged presidential candidate Hillary Clinton".[34] The Internet Research Agency also sought to "provoke and amplify political and social discord in the United States".[35]

By February 2016, internal IRA documents showed an order to support the candidacies of Donald Trump and Bernie Sanders, while IRA members were to "use any opportunity to criticize" Hillary Clinton and the rest of the candidates.[36] From June 2016, the IRA organized election rallies in the U.S. "often promoting" Trump's campaign while "opposing" Clinton's campaign.[37] The IRA posed as Americans, hiding their Russian background, while asking Trump campaign members for campaign buttons, flyers, and posters for the rallies.[38]
[...]
According to the Mueller Report, the second method of Russian interference saw the Russian intelligence service, the GRU, hacking into email accounts owned by volunteers and employees of the Clinton presidential campaign, including that of campaign chairman John Podesta, and also hacking into "the computer networks of the Democratic Congressional Campaign Committee (DCCC) and the Democratic National Committee (DNC)". As a result, the GRU obtained hundreds of thousands of hacked documents, and the GRU proceeded by arranging releases of damaging hacked material via the WikiLeaks organization and also GRU's personas "DCLeaks" and "Guccifer 2.0".[66][67][68]

Starting in March 2016, the Russian military intelligence agency GRU sent "spearphishing" emails targeted more than 300 individuals affiliated with the Democratic Party or the Clinton campaign, according to the Special Counsel's July 13, 2018 Indictment. Using malware to explore the computer networks of the DNC and DCCC,[69] they harvested tens of thousands of emails and attachments and deleted computer logs and files to obscure evidence of their activities.[70] These were saved and released in stages to the public during the three months before the 2016 election.[71] Some were released strategically to distract the public from media events that were either beneficial to the Clinton campaign or harmful to Trump's.
[...]

John Podesta, Chairman of Hillary Clinton's presidential campaign, received a phishing email on March 19, 2016, sent by Russian operatives purporting to alert him of a "compromise in the system", and urging him to change his password "immediately" by clicking on a link.[75] This allowed Russian hackers to access around 60,000 emails from Podesta's private account.[76]
[...]

The GRU (using the names Cozy Bear and Fancy Bear) gained access to the computer network of the Democratic National Committee (DNC) — the formal governing body of the Democratic Party — in July 2015 and maintained it until at least June 2016,[86][87] when they began leaking the stolen information via the Guccifer 2.0 online persona.[88][89][90] Debbie Wasserman Schultz resigned as DNC chairwoman following the release of e-mails by WikiLeaks that showed DNC officials discussing Bernie Sanders and his presidential campaign in a derisive and derogatory manner.[91] Emails leaked included personal information about Democratic Party donors, with credit card and Social Security numbers,[92][93] emails by Wasserman Schultz calling a Sanders campaign official a "damn liar".[94]

Following the July 22 publication of a large number of hacked emails by WikiLeaks, the FBI announced that it would investigate the theft of DNC emails.[95][96]

In June and July 2016, cybersecurity experts and firms, including CrowdStrike,[97] Fidelis, FireEye,[98] Mandiant, SecureWorks,[99] Symantec[98] and ThreatConnect, stated the DNC email leaks were part of a series of cyberattacks on the DNC committed by two Russian intelligence groups, called Fancy Bear and Cozy Bear,[100][101] also known respectively as APT28 and APT29 / The Dukes.[102][103][97][104] ThreatConnect also noted possible links between the DC Leaks project and Russian intelligence operations because of a similarity with Fancy Bear attack patterns.[105] SecureWorks added that the actor group was operating from Russia on behalf of the Russian government.[106][107] de Volkskrant later reported that Dutch intelligence agency AIVD had penetrated the Russian hacking group Cozy Bear in 2014, and observed them in 2015 hack the State Department in real time, while capturing pictures of the hackers via a security camera in their workspace.[108][109] American, British, and Dutch intelligence services had also observed stolen DNC emails on Russian military intelligence networks.[110]
[...]
In April 2017, CIA Director Mike Pompeo said WikiLeaks was a hostile intelligence agency aided by foreign states including Russia, and that the U.S. Intelligence Community concluded that Russia's "propaganda outlet," RT, had conspired with WikiLeaks.[115]

WikiLeaks[116] and its founder Julian Assange[117][118] have made a number of statements denying that the Russian government was the source of the material. However, an anonymous CIA official said that Russian officials transferred the hacked e-mails to WikiLeaks using "a circuitous route" from Russia's military intelligence services (GRU) to WikiLeaks via third parties.[119]

In a leaked private message on Twitter, Assange wrote that in the 2016 election "it would be much better for GOP to win," and that Hillary Clinton was a "sadistic sociopath".[120][121]
[...]

In her analysis of the Russian influence on the 2016 election, Kathleen Hall Jamieson argues that Russians aligned themselves with the "geographic and demographic objectives" of the Trump campaign, using trolls, social media and hacked information to target certain important constituencies.[140]

According to Vox, the Russian Internet Research Agency (IRA) focused on the culture of Muslims, Christians, Texas, and LGBTQ people, to engage those communities as part of a broader strategy to deepen social and political divisions within the US, but no other group received as much attention as Black Americans,[40] whose voter turnout has been historically crucial to the election of Democrats. Russia's influence campaign used an array of tactics aiming to reduce their vote for Hillary Clinton, according to a December 2018 report (The Tactics & Tropes of the Internet Research Agency)[141] commissioned by the Senate Intelligence Committee.[41]
[...]

25 social media pages drawing 1.4 million followers were created by Russian agents to target the American political right and promote the Trump candidacy.[41] An example of the targeting was the adding of Blue Lives Matter material to social media platforms by Russian operatives after the Black Lives Matter movement moved to the center of public attention in the America and sparked a pro-police reaction.[41]
[...]
During the summer and fall of 2016, Russian hackers intruded into voter databases and software systems in 39 different US states, alarming Obama administration officials to the point that they took the unprecedented step of contacting Moscow directly via the Moscow–Washington hotline and warning that the attacks risked setting off a broader conflict.[148]

As early as June 2016, the FBI sent a warning to states about "bad actors" probing state-elections systems to seek vulnerabilities.[149] In September 2016, FBI Director James Comey testified before the House Judiciary Committee that the FBI was investigating Russian hackers attempting to disrupt the 2016 election and that federal investigators had detected hacker-related activities in state voter-registration databases,[150] which independent assessments determined were soft targets for hackers.[151] Comey stated there were multiple attempts to hack voter database registrations.[149] Director of National Intelligence James Clapper attributed Russian hacking attempts to Vladimir Putin.[152]
[...]
By January 2017, a multi-agency investigation, conducted by the FBI, the CIA, the NSA, the Justice Department, the Financial Crimes Enforcement Network and representatives of the DNI, was underway looking into how the Russian government may have secretly financed efforts to help Trump win the election had been conducted over several months by six federal agencies.[159] Investigations into Carter Page, Paul Manafort and Roger Stone were underway on January 19, the eve of the presidential inauguration.[160]