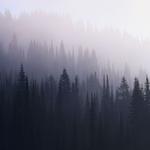 Miamiherald.com said there were pills in his stomach, but they haven't yet been identified.

The Herald says Eugene’s autopsy records have not yet been released to the public.

In fact these attacks, thought to be the blame of this legal drug, are becoming so prevalent that the media is now labeling them under the term “Zombie Apocalypse”.

A neighbor who witnessed McCarthy’s attack told NewsChannel 9 WSYR “She was... just running back and forth around the street and she got a hold of one of her dogs and she was rolling around on the ground with her legs wrapped around it - she was strangling the dog.”

Another said: 'She was definitely on something. Who does that?'

“During the attack, the suspect bit a chunk of the victim’s face,” said assistant police chief Kert Thomas. “He was clearly under the influence of some kind of drug.”

...When asked why the priests there give the alter boys bath salts, Hardly responded, “We give them the bath salts because it helps them fight the gay away. There is nothing worse in life than a homosexual. Well, maybe a flesh eating zombie, I don’t know, that’s a close one.” Hardly continued, “Brandon was the cutest of all the alter boys. This last batch of bath salts must have been bad or something because when I was trying to get him on his knees to beg for a load of my forgiveness, he growled at me, then he tried biting me, but not in a good way. Zombies are scary.”

The church was packed with people at the time of the incident. Adams is reported to have suddenly started leaping through the pews, row by row, ravishing any face and body that he could find.

“Oh lawd, it was just horrible,” says Betty Johnson a choir singer for the Holy Lovers Methodist Church. “He had an appetite the lord couldn’t fulfill. I think he was possessed by satan himself,” she continued, “Plus he was only chewing the men’s faces off I noticed, not any females. If I had to guess Brandon is probably a homosexual. So along with the whole human eating zombie thing going on today, he’ll also be burning in hell for eternity because of his homosexual actions. Our loving lord and father can forgive being a flesh eating zombie, but homosexuality is a big no-no.”

People in the Obama administration are trying to hide this second zombie attack. The zombie’s aunt, Gloria Sanchez, said her niece had been “in and out” of a psychiatric ward but did not say where she had been treated or why. Others are citing Postpartum depression as a possible cause. But any woman that has ever had a baby will tell you that they did not want to cut their babies head off and eat it’s brains.

This is a homogay zombie that wants to sodomize you and eat your brains.

January 25, 2012 Lynn Haven, FL Tyree Lincoln Smith is arrested for beating a Connecticut man to death and eating his eyeball and part of his brain in a cemetery. Smith apparently confessed his crime to his cousin and claimed the victim's eyeball tasted like oyster and that his brain tasted like - wait for it - lady juice. Yeah, y'all know what I mean by that. I've never had brain so I can't confirm if it does, in fact, taste like lady juice.


February 22, 2012 San Marcos, CA A man in a wheelchair allegedly bit a police officer in a San Marcos supermarket. After someone reported the man was causing a scene, deputies arrived to find the man out of his wheelchair, crawling around on the ground. As the deputies tried to assist him, he bit one of them in the leg, said a San Diego County Sheriff's Department spokesperson.

March 28, 2012 Phoenix, AZ A woman walking in the food aisle of a Phoenix Target is approached by an unknown man who walked up to her, dropped to the floor and started biting her foot.

April 6, 2012 Shrewsbury, MA 79-year-old Jieming Liu is arraigned a day after his wife, Yuee Zhou, 73, was found dead in their home. Investigators said the couple’s son went to visit his parents at their condominium Thursday afternoon and found his mother on a bedroom floor, soaked in blood. Her left arm was severed below the elbow. In court, prosecutors said the flesh was missing from her left forearm and her husband had been eating it.

April 17, 2012 West Miami, FL 21-year-old George Saldago died hours after being taken into custody after a 911 caller said Saldago, unclothed and acting wildly, had tried to bite him and rip off his clothes. A lawyer for the family said Saldago had taken LSD and was disconnected from reality when he stripped down and flipped out. Sorry but, uh, LSD doesn't do that to you. Nice try though, bro.

April 20, 2012 Washington, DC A cat adopted from the Washington Humane Society bites the crap out of financial blogger Jr Deputy Accountant's foot for no apparent reason... oh wait. Yeah, that really happened but my cat is an asshole, not a zombie.

Now, let's get to May of this year. This is when the shit gets crazy.

May 5, 2012 Bartlesville, OK 29-year-old Michael Williams Brent ends up in jail for biting and kicking a police officer after after being arrested for possession of drugs and driving under the influence.

May 21, 2012 La Grange, IL 18-year-old Lloyd Cortez was arrested after he allegedly grabbed an 18-year-old woman by the throat, bit her cheek and twisted her right arm while threatening to kill her if she called the police, police said.

May 25, 2012 Annapolis, MD A woman walking alone in Annapolis at 2:30am is approached by a group of unknown women out of nowhere. The women began punching, kicking and biting the woman. Police categorized the attack as "unusual."

May 26, 2012 Miami, FL Crazed face-eater Rudy Eugene goes viral. I don't need to recap this story, everyone should know it.

May 26, 2012 Orlando, FL 41-year-old anesthesiologist Dr. Zachary Bird is facing felony battery charges after he allegedly banged his head repeatedly against the inside of a patrol car until he bled and and then spat blood into a sergeant's face when he was pulled over on suspicion of drunken driving, according to the Florida Highway Patrol. Bird had $40,000 in his pockets at the time with another $14,000 in his vehicle, a .44-caliber revolver and a .45-caliber semiautomatic, a bottle of pills and a vial of liquid in his BMW. It is still unknown what the liquid was. Bird became clearly upset and repeatedly banged his head against the patrol car Plexiglass, kicking and screaming in the back of the cop car. The video taken inside the car is chilling to say the least.

May 26, 2012 Golden Township, MI 28-year-old Bartolo Larios-Rivera gets into a fight with his roommate, strikes him in the left cheek with a kitchen knife and then bites him in the upper left arm. Oceana Lt. Craig Mast said the bite was a “severe bite.”

May 26, 2012 Deltona, FL 23-year-old Michael Nichols is arrested after chasing his sister with a kitchen knife. "Just wait till I get out and I'll finish the job," Michael Nichols said, according to the report. "I wanted to kill her while biting her." The sister claims he attacked her for no reason, grabbed her by the throat and tried to choke her. When she tried to defend herself, Michael Nichols bit her in the forearm, where deputies said they saw the bite mark.


May 27, 2012 Hackensack, NJ 43-year-old Wayne Carter barricaded himself in his Hackensack, New Jersey room on Sunday, May 27 when witnesses called police to report he had a knife and was threatening to harm himself. Harm himself he did. When officers showed up at his home, Carter ignored their requests to put down the knife and started stabbing himself. Pepper spraying him had no effect and the man proceeded to disembowel himself before police, flinging intestines and bits of skin at them. Officers were presumably so bugged out that they called the SWAT team in and Carter is still in critical condition but alive.

May 27, 2012 Columbus, GA A 34-year-old self-employed contractor Christopher Newman gets into a fight with two Lowe's employees, threatening to cut them with a knife and biting them both so hard on the arm as to draw blood.

May 29, 2012 San Diego, CA Two drunken cousins get into an argument, one bites the other's nose off.

May 29, 2012 Palm Coast, FL 28-year-old Angel Vega Roman is arrested for cruelty to animals after he allegedly choked a kitten a bit the lips off another kitten, burning its ear and whiskers with a lighter. As a crazy cat lady, I want to beat the shit out of this guy personally, zombie or not. This guy is probably just a random psycho but I'm including him because he's a dick and if you ever see him on the street, you need to kick him in the balls for me.

May 30, 2012 Staten Island, NY 52-year-old Thomas Tomasello pulled a Mike Tyson and took a bite out of a fellow pizza shop patron's ear over a stupid argument that involved a chick and a teevee inside a pizza parlor.

May 31, 2012 Joppa, MD 21-year-old Maryland brain-eater Alexander Kinyua reveals he chopped up his roommate and ate part of his brain and heart. Kinyua's Facebook page reveals he was attempting to reach a higher spiritual plane. Maybe he got there and we're the crazies.

June 2, 2012 Carencro, LA 43-year-old Carl Jacquneaux begins his day of madness by shoving his elderly aunt who called police. 6 hours later, the man attacks his ex-wife's current husband and bites off a piece of the man's cheek. The victim used wasp spray to defend himself.


June 2, 2012 North Miami Beach, FL 21-year-old Brandon De Leon - under the influence of Four Loko, weed, Xanax and "Cloud 9" - is arrested after getting into an altercation with another man. Police said De Leon slammed his head repeatedly against the plexiglass of a police car and told the officer “I’m going to eat you.” “Brandon growled and opened and closed his jaw, slamming his teeth like an animal would,” the incident report said. He also barked and growled inside of a cell. At bond court, the suspect told the judge he did not recall the incident. "If I can say something your honor, I have no recollection of anything that happened that night," he said.

June 5, 2012 New Haven, CT 38-year-old Lowpel Davis is caught stealing a $15 clearance wig from a beauty shop. According to police, Davis punched the store owner and his 70-year-old father in the face and bit the owner's bicep, taking a chunk of flesh from his arm and spitting it in his face. Police who responded to the scene said Davis was "crazed."