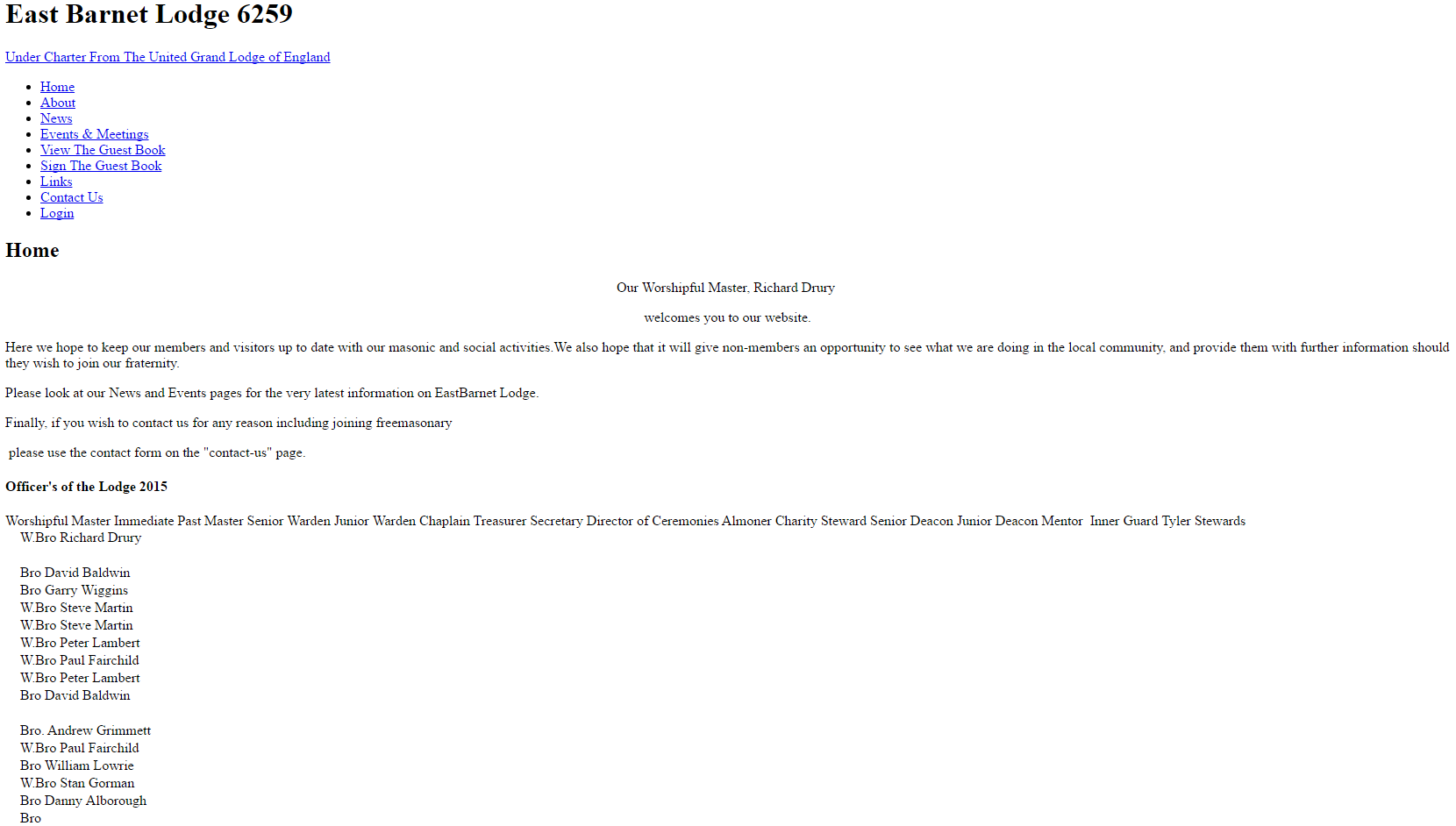 Chaplain: Jewel of the Chaplain In most Masonic jurisdictions, each lodge will have a 'Chaplain'. The principal duty of the Chaplain is to lead prayer before and after the lodge meeting, and to say grace while the lodge is at dinner. In many lodges this position is filled by a clergyman (an ordained minister, priest, rabbi, imam, etc.) who is a brother of the lodge. However, it is not required that the Chaplain be a clergyman, as prayers are non-denominational. In some lodges the tradition is for the immediate Past Master to act as Chaplain.

Treasurer: Jewel of the Treasurer The role of the Treasurer is to keep the accounts, collect annual dues from the members, pay bills, and forward annual dues to the Grand Lodge. The annual presentation of accounts is an important measure of the lodge's continuing viability, whilst the efficient collection of annual subscriptions is vitally important, as any lapse in payment (deliberate or unintentional) can lead to a member losing voting rights, being denied the opportunity to visit other lodges, and finally even being debarred or excluded from his own lodge. It is common for the Treasurer to be an experienced Past Master, but this is not required.

156.
I have no doubt but that the physical injuries described by the children as having been
inflicted by Abraham Christie were, indeed, caused by him. I reject as baseless Ms Draper’s suggestion that instead Mr Dearman was responsible. A straightforward conclusion given that neither child had seen him for about three months at the time of Dr Hodes’ examination and subsequent police photography. Those photographs clearly show recent rather than healed injuries.

Both children were assaulted by Mr Christie by being hit with a metal spoon on multiple occasions over their head and legs, by being pushed into walls, punched, pinched and kicked. Read more: http://www.dailymail.co.uk/news/article-3014406/Police-hunt-mother-tortured-children-inventing-claims.html

This judgment is being given in public and without anonymisation save as to the children’s names.