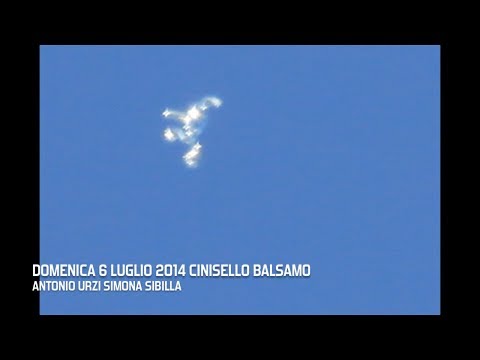 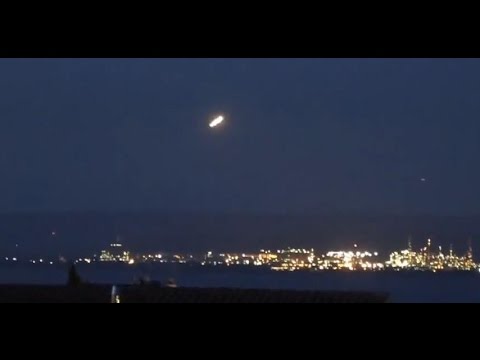 https://www.youtube.com/watch?v=rPMAHxP1uVk (Video: The SKYLAB III UFO Encounter - The Evidence and the Contradictions) 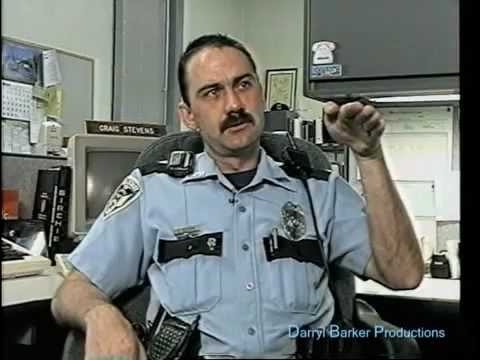 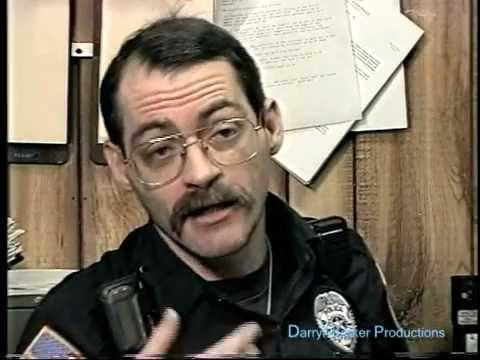 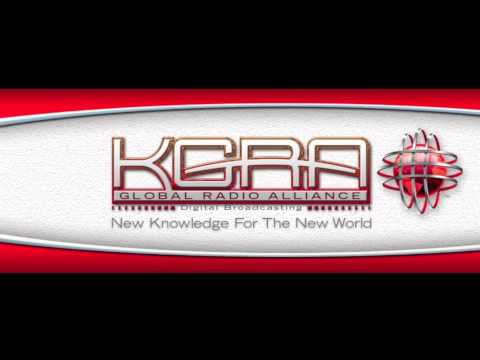 Speed : It would appear that the FT craft operate in two modes: hovering or slow (50 - 100 knots) and extremely fast (speed unknown but appears to disappear "in a flash" with no appreciable transition between the two (seemingly inertia-free). Again this is not conventionally possible either in terms of propulsion devices or in terms of the inertial effect on possible crew members (the g forces would, in a conventional aircraft, cause a blackout or even totally squash the crew not to mention the probability of wrecking the machine itself!). 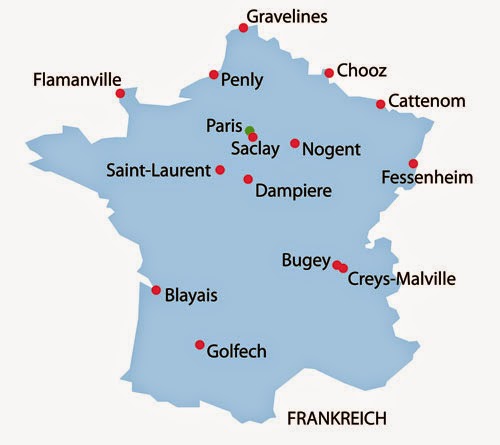 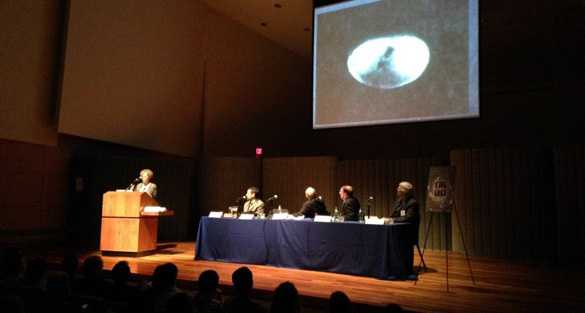 Roswell UFO researcher claims to have picture of aliens

November 14, 2014 - Roswell researcher and author Tom Carey told the crowd at American University yesterday that he has the “smoking gun” to prove once and for all aliens are real. According to an article by WTOP in Washington, Carey claims to have a picture of an alien, but did not have the picture with him.

Carey has been researching the alleged crash a flying saucer in Roswell, NM since 1991. He is a co-author and researcher of a couple of books on the topic with his research partner Don Schmitt.


He told the crowd that the images are on Kodachrome color slides and that their research on the legitimacy of the slides has been promising.

Carey says: “What’s interesting is, the film is dated 1947. We took it to the official historian of Kodak up in Rochester, New York, and he did his due diligence on it, and he said yes, this filmstrip, the slides are from 1947. It’s 1947 stock. And from the emulsions on the image, it’s not something that’s been Photoshopped like today. It’s original 1947 images, and it shows an alien who’s been partially dissected lying in a case.”

He also described what the slides show: “3 and a half to 4 feet tall, the head is almost insect-like. The head has been severed, and there’s been a partial autopsy; the innards have been removed, and we believe the cadaver has been embalmed, at least at the time this picture was taken.”

He says he received the slides from a couple in Texas. “The woman was a high-powered Midland, Texas, lawyer with a pilot’s license. We think she was involved in intelligence in World War II, and her husband was a field geologist for an oil company,” claims Carey.

The UFO community has been excited about the American University presentation, which was largely made up of very credible researchers. The event was a panel discussion called UFOs: Encounters by Generals, Pilots, and Government Officials. And American University described as including ” four prominent national figures,” and is based on the Honors Colloquium, Alien Contact: Science and Science Fiction, by professor and filmmaker John Weiskopf.

The panel also included investigative journalist and author Leslie Kean. The title of the event was taken from her New York Times best-selling book UFOs: Generals, Pilots and Government Officials Go On the Record. Another panelist was Dr. Richard Haines, the co-founder of the National Aviation Reporting Center on Anomalous Phenomena (NARCAP), and is a former NASA researcher.

However, the WTOP article says the “The most riveting presentation of the night came from retired U.S. Air Force Colonel Charles Halt, one of the witnesses of a famous series of UFO sightings in England in 1980 known as the Rendlesham Forest incident.”

Apparently, WTOP did not think much of Carey’s claims, but it is hard to fault them since claims are all they were. It is difficult to get too excited when a UFO researcher says he has the “smoking gun,” but he can’t show it to you yet. I think the public often characterizes UFO research as a lot of spectacular claims, without spectacular evidence.

Leslie Kean was quick to distance herself from the alien pictures. On Facebook she wrote: “I had nothing to do with the Roswell part. Just want to make that clear.”

An alleged student that who was part of the honors course also commented on her Facebook explain why they added Carey to the panel. Brian Shin wrote: “I’m a student in the honors course. The Roswell section was deemed as a necessary balance in order to show different faces of the ufo investigation. While some could say that it could damage the integrity of what others are trying to accomplish, having Tom Carey acted as a immediate juxtaposition for those new to serious investigations into ufos. The judgments were left for the audience to make rather than the panel, by trying to make different parts of ufo investigation come together.”

Carey and Schmitt’s books are full of very interesting and credible testimony. Perhaps Carey would have been more convincing had he shared that information, which is not well known to the general public. Although many in the UFO community do believe Carey to be a credible researcher, the general public does not know him from the charlatans they hear about in the news.

Now the pressure is on for Carey to produce this amazing evidence. He says the images will be revealed early next year.