Currently, £8,274,350,000 (£8.3 billion) of aggregate short positions has been taken out by hedge funds connected to the Prime Minister and his Vote Leave campaign, run by his advisor Dominic Cummings, on a ‘no deal’ Brexit.

Does this £8 billion bet explain why the Prime Minister has said that he would rather “die in a ditch” before asking the EU for an extension? Is it the reason why Johnson is willing to defy the Benn Act that stops a ‘no deal’ Brexit? Is the £8 billion any kind of motivation to prorogue Parliament?

No 10 strategists say they have devised a secret plan, known only to the PM and three key advisers, which they claim will allow them to ignore the order without breaking the law – although most legal experts are sceptical that such a ruse could work.

'The PM will not negotiate a delay at the European Council on October 17 and 18. We expect a court battle afterwards and attempts to pass legislation revoking Article 50, which the Prime Minister will refuse to consider in any circumstances.'

UK: We want a unicorn

EU: Unicorns do not exist. Instead, you can have a pony

UK: We voted against your pony

EU: We already discussed this in detail: it's a pony or nothing

UK: We voted against your pony

EU: Alright! Then you get nothing.

UK: We voted against your nothing.

UK: We need more time to think about it.

EU: About a pony or about nothing?

UK: We want a unicorn 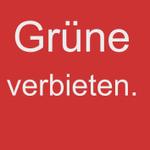 UK: You're being unreasonable. We demand unicorns
EU: There are no unicorns

UK: We're prepared to walk away without a unicorn you know! (Thinks: that'll show'em)
EU: There are no unicorns.
UK: You bastards! Nigel was right. You're out to destroy us. We'll go and speak to Donald instead. HE has unicorns!
EU: Errrrrmmm, there ARE no unicorns.

UK: That does it. This is our final position. We want #unicorns...right now... gold plated... fluent in greek....ermmm.... or we're off!
EU: Are you still here? There are no unicorns.
UK: DAMMIT! What about a packet of crisps then?
EU: Sorry we're busy.