The following points are of interest:


The largest acceleration occurred at the lowest speed; at higher speeds maximumaccelerations were only half of that maximum value.


Turn radii of less than a mile are the rule, despite speeds for some turns in excess of 1000 knots.


Centripetal accelerations range from 8 to 35 G. Combined with linear accelerations,total forces on the UFO structure or occupants would be as high as 50G.Note: a 12 G strain was reported to have broken the wing panels on an F-4, while the F-16 isexpected to meet strain of 9G in combat as a routine matter

The Air Force only reacted this time after telephone confirmation from the Gendarmerie of a number of observations in the Wavre region – two military ground radars recorded simultaneous observations.

F-16s carried out interceptions and their airborne radars also recorded data – at an altitude of about 9,800 ft (3km).

The pilots, despite "locking on", could not see anything in the sky when they reached the target location.

The authorities considered if electromagnetic interference was appearing on the radars.

But General de Brouwer wrote there was no proof of that.

He said: "Eye witnesses at Petit-Rosiere stated that the bright spots they were observing lost their intensity as the F-16s approached or were even extinguished completely."

The luminous objects were said to travel in "jerky movements" before stabilising.

He concluded: "At all events, the Air Force has arrived at the conclusion that a number of abnormal phenomena have occurred in Belgian airspace.

"The extensive evidence of ground observations collected in this book, reinforced by the recordings of the night of March 30/31, have led us to consider the hypothesis that a number of unauthorised air activities have indeed taken place

TheBarbarian schrieb:The pilots, despite "locking on", could not see anything in the sky when they reached the target location. 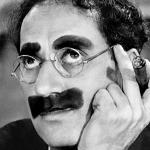