--------------
Dear All,
Apologies for sending this again. I was expecting a stack of emails
this morning in
response, but I inadvertently left Mike off (mistake in pasting) and
picked up Tom's old
address. Tom is busy though with another offspring !
I looked briefly at the paper last night and it is appalling - worst
word I can think of today
without the mood pepper appearing on the email ! I'll have time to read
more at the weekend
as I'm coming to the US for the DoE CCPP meeting at Charleston. Added Ed,
Peck and Keith A.
onto this list as well. I would like to have time to rise to the bait,
but I have so much else on at
the moment. As a few of us will be at the EGS/AGU meet in Nice, we should
consider what
to do there.
The phrasing of the questions at the start of the paper determine the
answer they get. They
have no idea what multiproxy averaging does. By their logic, I could
argue 1998 wasn't the
warmest year globally, because it wasn't the warmest everywhere. With
their LIA being 1300-
1900 and their MWP 800-1300, there appears (at my quick first reading) no
discussion of
synchroneity of the cool/warm periods. Even with the instrumental record,
the early and late
20th century warming periods are only significant locally at between
10-20% of grid boxes.
Writing this I am becoming more convinced we should do something -
even if this is just
to state once and for all what we mean by the LIA and MWP. I think the
skeptics will use
this paper to their own ends and it will set paleo back a number of years
if it goes
unchallenged. 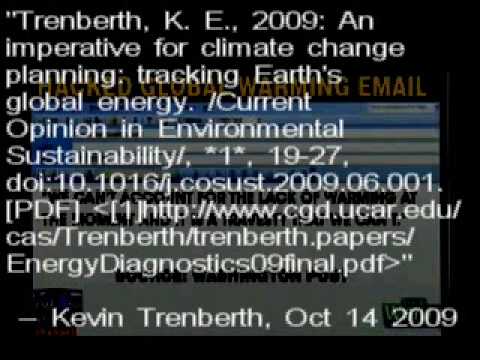