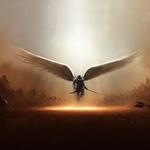 Comtesse schrieb:On June 30, 2010, investigators with search warrants descended upon a farm near the abduction site. "Items of interest" were found and hauled away in six truckloads of dirt from the site to search for evidence. However, it was revealed in late September testing was unable to "establish, distinguish or identify potential evidence

Federal authorities are calling a man arrested for child pornography a person of interest in the 1989 abduction of an 11-year-old boy who is still missing.

Daniel James Heinrich, 52, was arrested Wednesday and charged with five counts of possessing and receiving child pornography but has not been charged in connection with the disappearance of the boy, Jacob Wetterling of St. Joseph, Minn.

Jacob was riding his bike home from a convenience store Oct. 22, 1989, with his younger brother and a friend when a masked man with a gun appeared and told all the boys to lie down in a ditch at the side of the road. The kidnapper asked each boy his age before ordering the other two to run into the woods and not look back.

Eleven years ago, KARE-TV spoke with that now-adult victim, a man named Jared Scheierl, about what happened that night.

Scheierl, who looked a lot like Jacob, was grabbed off the street Jan. 13, 1989, forced into a car and driven to a remote area where he was violently sexually assaulted. Following the assault, Scheierl pushed from the car into a ditch and told that if he turned around he would be shot.

"This isn't someone new to us," Stearns County Sheriff John Sanner said Thursday. Henrich had long been a suspect in Scheierl's sexual assault, as well as a series of attacks on other boys in the Paynesville, Minn., area.

"The search for Jacob is an ongoing investigation and we will watch and learn with everyone else, the Wetterling family said in a statement. "Right now we know what is being reported. We know what you all know.

"For 26 long years we have said that somebody knows something," the family said. "If you know anything about his man, his ties to St. Joseph in 1989 and his victimization of children or since, please call the Stearns County Sheriff's Department." 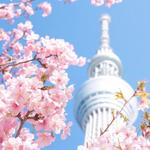