I don't really understand the hyper-sensitivity around protecting Zaharie's image. It's not like this is a public trial or politically motivated discussion. Nobody here has a dog in this race, we're just amateur investigators trying to apply some critical thinking to the evidence.

Applying Bayes theorem to all of the circumstances around the case will produce a very high probability that Zaharie perpetrated a mass murder-suicide.

That's just a fraction of an enourmous list of small % probabilities that must be true if this was an accident. Realistically all of those probabilities are like 10% likely, but even if you generously peg them at 50% each that's .55 = 3% chance of him being innocent just going by the few I listed. It's an uncomfortable idea to think that Z murdered all of these people but it's by FAR the most probable scenario if you objectively look at the evidence. 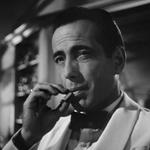