The reason for this unprecedented warning, these reports state, are the rapid formations of “geomagnetic storms” emanating from the boundaries of the African Tectonic Plate that due to their intensity have caused the loss of two major passenger aircraft during the past month leaving nearly 300 men, women and children dead.

The first aircraft to be downed by this phenomenon was Air France passenger flight 447, and which these reports say that upon encountering one of these geomagnetic storms, on June 1st, near the western boundary of the African Tectonic Plate close to Brazil’s Fernando de Noronha Islands, was “completely annihilated” causing the deaths of 216 passengers and 12 crew members as their plane plunged in pieces into the Atlantic Ocean.


The second aircraft to be downed occurred on the eastern boundary of the African Tectonic Plate today when another of these geomagnetic storms slammed from the sky a Yemeni Airways flight to the Island Nation of Comoros in the Indian Ocean of which of the 153 passengers and crew aboard, only 1 “miracle child” has been rescued, so far.

To the catastrophic events occurring within the African Tectonic Plate it has been known for over a year with the reporting of a “new ocean” forming in Ethiopia, and as we can read as reported by Nature News Service:

“Although the birth of an ocean is an extremely rare phenomenon on the largest of historical scales, the geophysics is currently experiencing such an event. Even more dazzling, this occurs in one of the Earth's most inhospitable and arid regions, the Afar Depression in Ethiopia.

The African continent is literally unstitching itself apart just like the sleeve of an old shirt, along the area known as the East African Rift, which traverses it beginning with the southern end of the Red Sea, going through Eritrea, Ethiopia, Kenya, Tanzania and Mozambique. The molten lava beneath the Earth's surface makes it thin by constantly pushing against it, and eventually breaks it and tears it apart.”

Though Western scientist assert that the formation of this new ocean is not likely to be finished for millions of years, Russian scientists state, unequivocally, that due to the Suns current unprecedented Deep Solar Minimum, our Earth is in danger of being, literally, “ripped apart”, at the worst, or nearing a “total pole reversal” due to an as yet unexplained, but extremely powerful, gravitational force emanating from the outer reaches of our Solar System that some researchers state is the mysterious Planet X, and which many believe to be a large brown dwarf and known to the ancient peoples of Earth as Nibiru, and called by the name of Wormwood in the Christian Bible.

Russian scientists further warn that the West’s “obsession” with manmade Global Warming is a deliberately designed propaganda effort to shield their peoples from the fact that not only our Earth, but all of the planets in our Solar System are currently undergoing rapid warming, and as proved, beyond all doubt, by Doctor Scientist Habibullo Abdussamatov, head of space research at St. Petersburg's Pulkovo Astronomical Observatory in Russia, when in 2007 he released his findings that for the previous 3 years the ice caps of Mars have been melting at an unprecedented rate.


And, as reported by one, of many, dissident Western news sites, “Photographs of the merging of two red spots on Jupiter, evidence of warming on Neptune's largest moon Triton, warming on Pluto that is "puzzling scientists" and, of course, the already documented warming trend on Mars all add up to convincing evidence for increased solar activity across the entire solar system.”

To the most chilling parts of these reports on the current instability of the African Tectonic Plate are those Russian scientists who assert, that, should a powerful enough gravitational force be exerted upon this region [such as that which would occur in our Earth’s presence with a Planet X type body], it would cause this plate to be subsumed with the Atlantic and Indian Oceans completely covering what is now known as the African Continent, and further cause a corresponding rise of what were known to the ancient peoples as the Continents of Atlantis in the middle of the Atlantic Ocean and Lemuria in the Indian and Pacific Oceans.

Interesting to note about these current events is that the most documented psychic of 20th century America, Edgar Cayce, predicted that both Atlantis and Lemuria would arise again during the ending of our Earth’s present age, and which many in the World currently believe will be in 2012 as predicted by the Mayan Calendar. 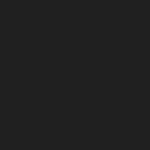