On Mar 14th 2014 Inmarsat released following statement on their website: "Routine, automated signals were registered on the Inmarsat network from Malaysia Airlines flight MH370 during its flight from Kuala Lumpur. This information was provided to our partner SITA, which in turn has shared it with Malaysia Airlines. For further information, please contact Malaysia Airlines." (Editorial note: this statement does NOT state at which times this occurred, nor does it state that those signals were registered after 17:22Z on Mar 7th).

On Mar 15th 2014 Malaysia's Prime Minister stated in a press conference: "based on new satellite communication we can say with a high degree of certainty that the Aircraft Communications Addressing and Reporting System (ACARS) was disabled just before the aircraft reached the east coast of peninsular Malaysia. Shortly afterwards, near the border between Malaysian and Vietnamese air traffic control, the aircraft’s transponder was switched off." Movements of the aircraft until the aircraft left Malaysia's primary radar coverage were consistent with deliberate action by someone on the aircraft. The primary radar target, so far believed but not confirmed to be MH-370, could today be identified as MH-370 with the help of new data received from the satellite data provider. The aircraft could have flown on for 7 hours, the last trace of the aircraft was identified at 08:11L (00:11Z Mar 8th). "Due to the type of satellite data we are unable to confirm the precise location of the plane when it last made contact with the satellite." However, the investigation was able to determine that the last communication was in one of two corridors: "the northern corridor stretching approximately from the border of Kazakhstan and Turkmenistan to northern Thailand or the southern corridor stretching approximately from Indonesia to Southern Indian Ocean." The investigation team is working to further refine the information. The search in the South China Sea and Gulf of Thailand has been ended. "In view of this latest development the Malaysian Authorities have refocussed their investigation into the crew and passengers on board. Despite media reports, that the plane was hijacked, I wish to be very clear we are still investigating all possibilities as to what caused MH-370 to deviate from its original flight path."

On Mar 21st 2014 Inmarsat experts stated, that the pings received by their satellite over the Indian Ocean were basically signals to check whether the aircraft still wanted service ("are you alive"). It was positively established that the pings were coming from 9M-MRO indicating the receiver and transmitter were still powered up. In further determination the round trip time of signals from the satellite sending the inquiry out until receiving the reply from the aircraft was measured and it was detected, that the round trip time increased from hour to hour, which indicated the aircraft was moving away from its last known (secondary radar) position.

On Mar 20th 2014 Australia's Maritime Safety Agency announced that expert analysis of satellite images by Australian Geospatial-Intelligence Organisation showed two pieces of debris about 2500km (1350nm) southwest of Perth adjacent to the search area defined. The debris may or may not be related to MH-370. Three search planes have been dispatched to the location as well as a fourth plane tasked to drop buoys. A Norwegian merchant ship, that has joined the search for MH-370, has been dispatched to and has already reached the location, too. Later on Australia released panchromatic (left) and multispectral (right) satellite images taken on Mar 16th 2014 which led to the discovery of two objects at positions S44.05 E90.96 and S44.05 E91.224 (distance 11.89nm between objects, 3085nm from last primary radar contact). The US Navy said, strong radar returns received by search aircraft in the area, are not linked to the objects. Australia pledged to continue the search for the objects by air and ship until located, unless it is certain they can not be found. If the objects are not located today, they'll be searched for tomorrow, ... In the evening of Mar 20th AMSA tweeted that the first search aircraft, a RAAF Orion P3, had not been able to locate the objects but encountered limited visibility due to cloud and rain in the search area. In the evening the search was suspended but is going to resume on Mar 21st 2014 (local Australian time).

On Mar 20th 2014 Malaysia's Transport Minister stated in the daily briefing, that Australia's prime minister called Malaysia advising that two objects have been identified southwest of Perth in satellite images which may or may not be related to MH-370. Search aircraft have been dispatched into the area, another aircraft has been tasked to drop data buoys to assist in identifying drifts. An Australian Navy vessel has been dispatched to the area but is several days away. China is using 21 satellites to search for the aircraft within China's borders, other countries in the northern search area are conducting aerial searches. 18 ships are searching the southern corridor.

On Mar 24th 2014 Malaysia's Prime Minster called for an unscheduled press conference at 10pm local time (14:00Z). Families of occupants of the aircraft in Beijing have been called in to a short term meeting, and there are reports the families of occupants have been booked onto charter flights to Australia. Relatives in Kuala Lumpur have commenced a meeting at 21:30L.

In the press conference on Mar 24th 2014 Malaysia's Prime Minister said, that the experts of the AAIB briefed the prime minister stating that the satellite experts have done further computations on the satellite data using methods never used before. Based on the new computations Inmarsat and the AAIB have concluded MH-370 flew the southern corridor with its final position west of Perth, Australia at a remote area of the Indian Ocean with no landing sites. "It is with deep sadness and regret I must inform you that, according to these new data, flight MH-370 ended in the southern Indian Ocean", the Prime Minister stated.

Shortly after the Prime Minister's press conference on Mar 24th 2014 Malaysia Airlines released their statement given to relatives of the occupants stating: "Malaysia Airlines deeply regrets that we have to assume that MH370 ended in the southern Indian Ocean. As you will hear in the next hour from Malaysia’s Prime Minister, new analysis of satellite data suggests the plane went down in the Southern Indian Ocean."

Shortly after the PM's press conference of Mar 24th 2014 Inmarsat reported that the new analysis of their satellite data used to identify the corridor and final location was based on the Doppler effects modifying radio waves and frequencies depending on speed and direction of travel of the aircraft, these data were compared to other flights. The computations are not precise enough to give the accurate position, however, made it possible to identify the general location. The new modelling and comparism were developed after the first discovery of the data on Mar 11th 2014, the work is still in progress.

On Mar 25th 2014 Australia's AMSA decided to suspend all search activities for the day due to weather conditions with forecast gales of 80+ kph and associated sea swell as well as low level cloud with bases forecast at 200 to 500 feet, the conditions would pose a risk to the search crews. The search is estimated to resume on Mar 26th.

On Mar 25th 2014 Malaysia's Transport Minister reported in the daily press conference the last complete handshake between satellite and aircraft took place at 00:11Z as previously reported, there is evidence that another incomplete hand shake occurred at 00:19Z. A new method based on Doppler effect to compute the speed of the aircraft relative to the satellite and compare these results with other aircraft along the northern and southern corridor showed little match within the northern corridor but good match with the southern corridor, the method permitted to roughly locate the aircraft at the time of the last complete handshake. As result the search in the north corridor as well as in the northern part of the southern corridor have been aborted, the search area has been narrowed to 469,407 square nautical miles instead of the previous 2.24 million square nautical miles. Works to further narrow down the search area including decoding and analysis of the last incomplete handshake at 00:19Z continue. In the search area near Perth six Chinese ships are estimated to arrive on Mar 26th, HMAS Success is going to return to the search area after temporarily having left the area due to rough sea and weather. The Transport minister said quote: "In recent days Inmarsat developed a second innovative technique which considers the velocity of the aircraft relative to the satellite. Depending on this relative movement, the frequency received and transmitted will differ from its normal value, in much the same way that the sound of a passing car changes as it approaches and passes by. This is called the Doppler effect. The Inmarsat technique analyses the difference between the frequency that the ground station expects to receive and one that is actually measured. This difference is the result of the Doppler effect and is known as the Burst Frequency Offset. The Burst Frequency Offset changes depending on the location of the aircraft on an arc of possible positions, its direction of travel, and its speed. In order to establish confidence in its theory, Inmarsat checked its predictions using information obtained from six other B777 aircraft flying on the same day in various directions. There was good agreement. While on the ground at Kuala Lumpur airport, and during the early stage of the flight, MH370 transmitted several messages. At this stage the location of the aircraft and the satellite were known, so it was possible to calculate system characteristics for the aircraft, satellite, and ground station. During the flight the ground station logged the transmitted and received pulse frequencies at each handshake. Knowing the system characteristics and position of the satellite it was possible, considering aircraft performance, to determine where on each arc the calculated burst frequency offset fit best. The analysis showed poor correlation with the Northern corridor, but good correlation with the Southern corridor, and depending on the ground speed of the aircraft it was then possible to estimate positions at 0011 UTC, at which the last complete handshake took place. I must emphasise that this is not the final position of the aircraft. There is evidence of a partial handshake between the aircraft and ground station at 0019 UTC. At this time this transmission is not understood and is subject to further ongoing work. No response was received from the aircraft at 0115 UTC, when the ground earth station sent the next log on / log off message. This indicates that the aircraft was no longer logged on to the network. Therefore, sometime between 0011 UTC and 0115 UTC the aircraft was no longer able to communicate with the ground station. This is consistent with the maximum endurance of the aircraft. This analysis by Inmarsat forms the basis for further study to attempt to determine the final position of the aircraft. Accordingly, the Malaysian investigation has set up an international working group, comprising agencies with expertise in satellite communications and aircraft performance, to take this work forward." The Minister handed out documents prepared by Inmarsat and the AAIB, see below.

fravd schrieb:but good correlation with the Southern corridor, and depending on the ground speed of the aircraft it was then possible to estimate positions at 0011 UTC, at which the last complete handshake took place. 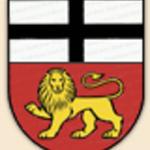