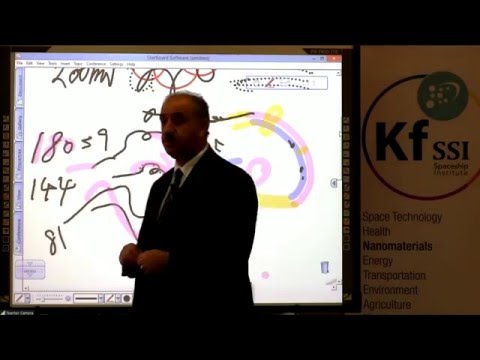 jaffa tyree: So this is your promotional video, @ 0:40:24 and the long awaited proof to the World that your magrav system works,. Well thanks for that,. i.m pleased we got that all cleared up then,.
This will finally silence all the skeptics out there...﻿

The people in Belgium, what we call the "Red Circle" people -- they're [unverständlich] about 25 people -- they start threatening people, anybody who put anything on the internet, that it could show the technology works or they start supporting it, that there is nothing there to discredit the technology. It's the same thing, the same person in Belgium who spent 10 years with us. We don't fight. What we done: we show you the unit which is made. They can't access, they don't know who it is. Let me show you the video. This technology is 100% correct. The people who make threats against Keshe foundation supporters and the teachers, or people trying to teach, we're gonna release your names, your telephone numbers, your pictures, your home address, the name of your children on the internet. Who calls people who are developing a peaceful technology to threaten them, we leave you the world to decide.

You will not be able to go out of your house to shop. You're in Germany, we have the size of your shoes. You're in Austria, you make threats against Keshe foundation teachers, we put you on the front magazines of Austria. You are internet terrorist, and it is no [unverständlich]. You thought you can hide on the hidden names ... Sandor, can we tell them that we're gonna release it? Are you online? We have all your details. You threaten us, we don't fight you. We let yourself to be ... pray [?] even to go out of your house when you make a threat. We don't send you people the way you make threats do. We don't call children on the mobile to threaten the way you did with Alekz's child. Now we publish your pictures. Not on the Keshe foundation internet, on the world wide web internet. When you get it, please replicate it and send it to the police station the area they live. Internal police knows who they are, where they live. We have all your details. You thought you could use proxies, servers to hide ... we even show your proxy servers.

I was told we can discreet cover your faces that you cannot be seen. If you hurt, or you go to sabotage teaching and people to be free of all the pains of lack of energy, for you to serve your purpose for your leaders, we put you across the internet. We publish your pictures, with your name, your address, your children. You threatened Keshe foundation supporters children and get people silenced like Peter [Salocher] in Austria, we put your family, your grandfather, your grandmother, the whole family on the internet. We're not hurting you, we're just exposing you as the new terrorist. Terrorists don't bomb Paris, you terorrists threaten people. Now, those who made the threats to people, those who made the threat to Alekz, watch your name and your pictures go to the police, go on the internet, the whole of your country will know who you are. You make threats, now you have to be scared. We put your pictures on billboards in shopping centers. And we put your voices -- you've been recorded -- your voices when you made the threats will be released, so that we're not lying.

So, we push for the peace through correct conduct. You try to fighten [?] us, you try to scare us, you bombed us, you shot us, we don't retaliate the way you've done, the animal way. We let you and your soul to judge you, and you'll find your judgement in your own living home. We put the billboard of your name on the front of your house, in front of your community, that you cannot leave. You're another pedophile. But this time you intrude in the privacy of the scientist we don't stand to scared to run.

So, those who made the threats to Alekz, those who made the threats to Peter [Salocher] and the other people who put the perfect conduct of the technology to be producing energy, try to discredit us, the way you did in Belgium for 10 years, making files [unverständlich], now we put your name, your telephone number, your lovers, everything. You got into our internet, we got into your computer. So, you thought you're very clever, be careful when your picture appears all over the internet within next 7 days. And we catch [?] you all, being the man in the "Red Circle", being the woman in somewhere else ... we have 25 names. They work together, they operate together, and now, they go all together partying on the internet.

So, from now on, if you think you can make threats and carry on with the same thing being the terrorist in Paris, but on the internet, now you have to understand the way they were hunting the terorists in Brussels last week. They closed the whole city down, now we close the whole internet on you. Have your meetings in the back toilets, where you usually operate, that's where you deserve.

[Peter Salocher] has received a threat by people who is orchestrated by "Red Circle" in Antwerp and the people in Germany. The recording of the threat we've been told has been made. But we will release the picture of the guy who has made the threat. Everybody can know him. It won't be on our website, so we can not be damaged. But once it's released, please spread across the internet ... that everybody knows. Let me explain to you something. This is the beauty of working this way. [Es folgt eine schaurige Beschreibung einer Version des Ablebens von Gaddafi]. When they sit behind these computers and they think they can make threats, they don't know they made themselves a target.

We don't pull a knife. We show your face. You'll pull the knife on yourself to shut your computers down. It's your children and your wife and family will batter you to bits. They'll know the real face of you, not the kind father but a terrorist on the internet. So, we don't rely on anybody to be killed, but we show your hand, who you are. We send the emails to your employees, whoever employs you, or who you ever employ, they'll know the real face of you. We make life so "beautiful" for you that you decide to change. We release the name of the family of the "Red Circle" on the internet. Where they live, who they are, do they know what their father is up to. And, to where the children work. That they understand this has to stop.

Those who in Germany, Austria, put servers across another nations, we leave to your every flat, house you live, with your telephone numbers, where you work. You thought you have the power to make a threat against a nine year old child in England. No problem. Now you have to tell your nine year old child or grandchild: I'm such a devious man. How you're gonna justify it? The suggestion is, we put a billboard everywhere: Wanted! We don't want you. You want yourself not to be on the net.

When we publish these on the free internet, please use it, and send it to every child and their family around them, they know. We expose pedophiles, we have to expose internet terrorists. I wonder if in Antwerp they would like to have such a terrorist in their tower [?]. So, we open ... we don't do it, it's the job of you Belgiums to do it to the ones who have done to us. The ones in Kortrijk, sitting at the office of the police officer. And we do not finance anything, we don't waste time. We just expose, it's your job. The ones in Germany. We have all your fake names and real names, your telephone numbers and where you work, and the name of your wife, your mistresses, everything. You broke into our system, you thought, we break in yours in a deeper way. We let you judge yourself. We don't judge you, we just expose you.

So, those on the internet, who've been threatening people like Peter [Salocher], did it with Alexz's daughter, we now release your name, your telephone numbers, your pictures, and as you find it, more about them, put more on the internet. We make life so "beautiful" for them, that they will not make any more bad comments, but they make their bad comments about themselves. If you see the name of the German guy, or couple of German guys, and you see the Austrian guy, and you know the face, put more detail who they are. Who they work with, who is their lover, who is their mistress who nobody knows, let's look at their faces. Let's them judge themselves. And we put it very simple: we call them internet terrorists. But they are terrorists against themselves, not us.

So, in the coming days, we will release the names, and the pictures, and the telphone numbers, and the home addresses, and then you add into the profile.