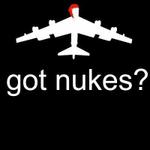 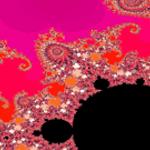 Zitat:
"Luckily for President Obama, his predecessor, George W. Bush, has done an excellent job in: One, securing new oil, and, Two, warding off threat from other oil hungry powers.


Under the guise of spreading freedom and democracy, Bush’s eight years saw the biggest expansion of American military bases across the world. And the trail follows the smell of oil. This riddle is as mysterious as the whereabouts of Osama bin Laden.


America’s foreign policy was also adjusted to follow the footprint of oil, going where the oil is, be it Angola, Sudan/Darfur, Central Asia, Russia, Colombia, Georgia, Venezuela, and of course Iraq. Somalia is fast becoming the latest battlefield in this secretive global dogfight over oil and transport routes.


In the words of veteran American oil industry correspondent William Engdahl, ‘U.S. military and foreign policy was now about controlling every major existing and potential oil source and transport route on earth […] One superpower, the United States, would be in a position to decide who gets how much energy and at what price.’


The Taliban government was not an enemy of America. It sent delegations to United States and lobbied for U.S. State Department’s attention. Its removal was decided much before 9/11, according to Pakistan’s former top diplomat Niaz Naik, who was told so explicitly by U.S. officials in July 2001. Taliban fell out of favor because they put terms and conditions on the pipelines that American oil giants planned to construct on Afghan territory. Taliban were replaced by U.S. oil consultants Zalmay Khalilzad and Hamid Karzai. "
........................

"Balochistan is an interesting case. Destabilizing this Pakistani province disturbs Iran’s plans to lay down pipelines to Pakistan and beyond. The instability also helps destroy China’s chances of using Gwadar, the new Pakistani port city overlooking oil-rich Gulf, to dock its commercial and naval ships. In fact, the entire area between Gwadar and the Sino-Pakistani border is up in insurgencies of all sorts, known and unknown. This is the same route that a future Chinese oil pipeline is supposed to take, linking China to oil supplies from Africa and the Gulf. This entire area was peaceful before 2005, until meddling by unknown actors began from the U.S.-controlled Afghan soil, exploiting Pakistani internal problems.


The United States is playing a big role in ‘softening’ Pakistan. It is trying to pitch the country’s elected governments against the military to reduce the military’s ability to decide Pakistani interest on Afghanistan, China and India. Outside meddling is easy thanks to Pakistan’s weak political and government structure.