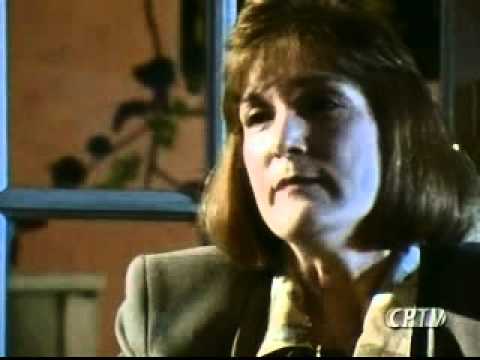 On August 23 Chief Counsel J. Lee Rankin wrote to J. Edgar Hoover requesting that an attempt he made to identify the three men. "It is a matter of some importance to the Commission," Rankin said, "that Mrs. Odio's allegation either be proved or disproved." Rankin, a man not partial to hyperbole, was not understating the problem. Unless something popped up to explain Mrs. Odio's story, her strange visit was prima facie evidence of a conspiracy to set up Oswald.
The answer came out of the blue, as if in answer to a prayer. In vetting its files, the Dallas FBI reported that the previous October an agent had questioned Loran Hall and a William Seymour after the pair was stopped by police hauling a load of supplies and medicine to the Interpen encampment in the Florida Keys. At the time a notation was made: "Active in the anti-Castro movement.. Committee to Free Cuba." (Although the bureau may not have made the correlation, the Committee to Free Cuba was headed by Eladio del Valle, the onetime smuggling partner of Santos Trafficante and the man who hired David Ferrie to drop fire bombs over Cuba. Loran Hall has said that he was present when Sam Giancana offered Eddie Bayo $30,000 to kill Castro in February 1963 and that Trafficante staked Bayo the expense money.)
When finally located in California on September 16, Hall volunteered that the previous September "he was in Dallas, soliciting aid in connection with anti-Castro activities. He said he had visited Mrs. Odio." Hall named Lawrence Howard, a Mexican-American Interpen instructor, and Bill Seymour, who "generally resembled" Oswald, as his companions.

In 1963 rumours began to circulate that McLendon might have been involved in the assassination of John F. Kennedy. In their book, Deadly Secrets, Warren Hinckle and William Turner claim that Gerry P. Hemming obtained money from McLendon to help fund Interpen.
McLendon was also an associate of Jack Ruby as well as being friendly with several other suspects including Clint Murchison, Bobby Baker and David Atlee Phillips. Peter Dale Scott claims that McLendon made a secret trip to Mexico City just before the assassination.
According to Seth Kantor when Ruby was arrested he "shouted out for Gordon McLendon". The KLIF disc-jockey, Weird Beard, later told Kantor that Ruby "greatly admired McLendon".

In 1967 former CIA director Allen Dulles wrote a letter to a CBS executive suggesting an idea for a television program, saying that, “something should be done in the field of television with regards to intelligence which would be somewhat comparable to what the FBI is now doing effectively in that field…I feel there is now in the public domain as the result of a series of publications, book articles, and newspaper reports relating to various phases of intelligence which could furnish the background material which might be used without a formal sponsor.” [33]

Shortly thereafter, two Texas men – former CIA officer David Phillips and Dallas broadcast millionaire Gordon McLendon began planning the production of a television series based on the exploits of CIA agents. Phillips initiated the project, pitching it to CBS executive producer Larry Thompson, who developed a pilot program with Phillips and Don Penny, Gerald Ford’s former speech writer. Thompson was quoted as saying, “Ideally, we’d like to show that people in the CIA are American citizens with families and a job to do.”

One possible true-to-life script they could have used is how all thee men - Allen Dulles, David Phillips and Gordon McLendon became entwined in the events surrounding the assassination of President Kennedy.

After being forced out as head of the CIA by Kennedy following the Bay of Pigs, Allen Dulles served on the Warren Commission. He didn’t bother informing the other members of the commission that the CIA plotted to kill Fidel Castro. Although the Warren Commission concluded Lee Harvey Oswald acted alone in murdering the President, the House Select Committee on Assassinations (HSCA) and other independent investigations have concluded there is evidence of conspiracy in the assassination of the President, a conspiracy with distinct Cuban connections.

Both Gordon McLendon and David Phillips, the men behind the CBS-CIA TV show, were questioned by HSCA investigators. McLendon denied knowing Jack Ruby very well. Even though it had already been established that Ruby listed McLendon as one of his six closest friends, patronized his radio stations, repeatedly made phone calls to McLendon’s home, and visited his radio station studio on the weekend of the assassination. 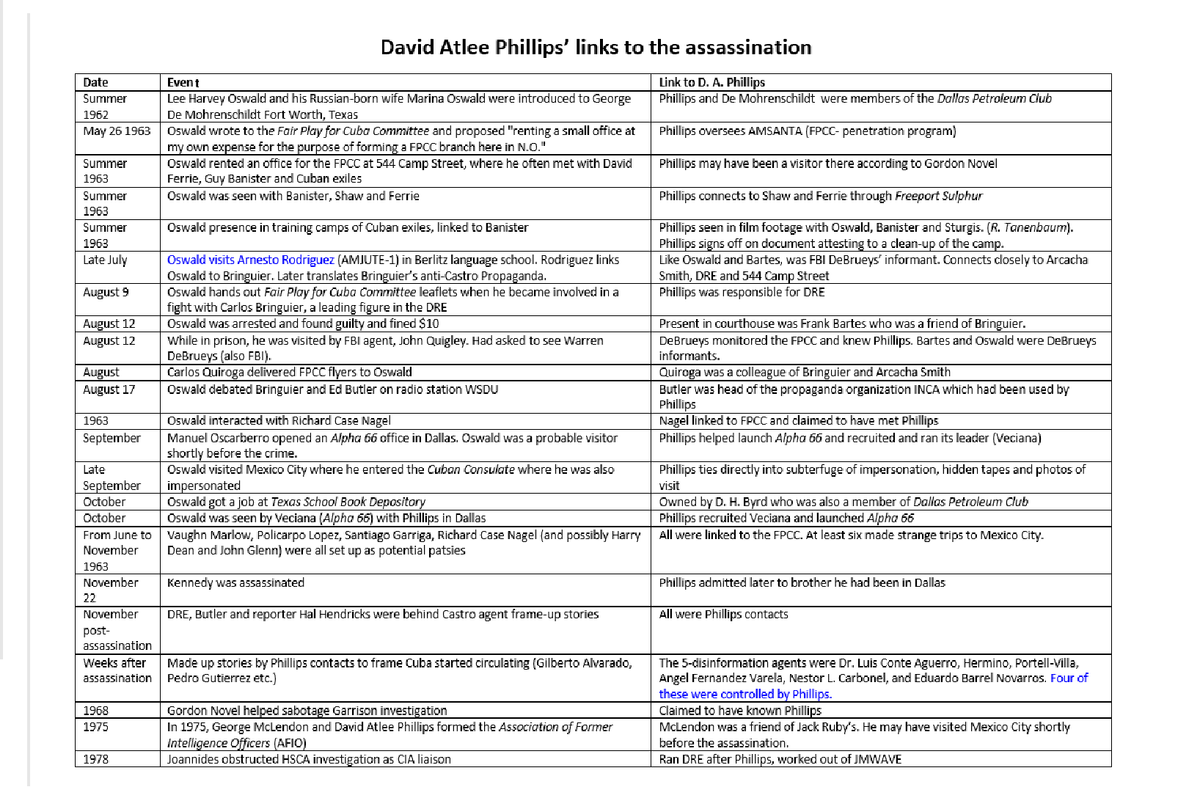 The shocking news from Dallas delayed his trip a second time. After the assassination Robert Kennedy urged Walton to go. Instead of bringing the greetings of a happy and confident president, Walton traveled east on November 29 in the shadow of the tragedy in Dallas."
In the wake of the assassination, Walton now had a secret mission besides his ostensible visit with Soviet artists. Robert and Jacqueline Kennedy wanted him to meet with Georgi Bolshakov, the man who for twenty months around the time of the Cuba missile crisis had served as the Russian end of a secret link between the White House and the Kremlin. The Kennedys wanted the Russian who they felt best understood John Kennedy to know their personal opinions of the changes in the US government since the assassination. Fearing interference from the Johnson administration, Robert Kennedy instructed Walton to meet Boishakov before he moved into the US embassy. The new US ambassador, Foy Kohler, was not considered a Kennedy admirer. Walton, Jacqueline Kennedy, and the attorney general bad opposed his nomination, and they assumed that Kohler knew this."
Boishakov and Walton met at the Sovietskaya restaurant. "Dallas was the ideal location for such a crime," Walton told the Soviet intelligence officer. "Perhaps there was only one assassin, but he did not act alone." Bolshakov, who had himself been deeply moved by assassination, listened intently as Walton explained that the Kennedys believed there was a large political conspiracy behind Oswald's rifle. Despite Oswald's connections to the communist world, the Kennedys believed that the president was felled by domestic opponents.
Walton described in some detail the aftermath of the assassination. The crime shocked the Kennedy inner circle and threw all of Washington into confusion. When Bobby Kennedy finally made his way to bed in the early morning of November 23, he spent the next few hours weeping, unable to sleep. In the first twenty-four hours following the assassination, Walton explained with a sense of drama, Kennedy's national security adviser, McGeorge Bundy, had run the entire country because no one else had quite his presence of mind in those trying moments.
More dismaying to Khrushchev, who would have understood Robert Kennedy's natural paralysis from grief, was what Walton told Bolshakov, and therefore the Soviet leadership, about Lyndon Johnson. The Kennedy clan considered the selection of Johnson a dreadful mistake. "He is a clever timeserver," Walton explained, who would be "incapable of realizing Kennedy's unfinished plans." Walton relayed his own and Robert Kennedy's fear that Johnson's close ties to big business would bring many more of its representatives into the administration. This was certainly not designed to please Khrushchev. Surprisingly, Walton believed that the one hope for US-Soviet relations was the former automobile executive Robert McNamara, who would probably remain in the cabinet as secretary of defense. Walton described McNamara as "completely sharing the views of President Kennedy on matters of war and peace." For the sake of good relations between Moscow and Washington, Walton assured Bolshakov, it was even more important that McNamara stay put than that Secretary of State Dean Rusk remain.
Walton's purpose was clear in his discussions of Robert Kennedy's political future. He said that Kennedy intended to stay on as attorney general through the end of 1964. He would then run for the governorship of Massachusetts to build up his political capital for an eventual run for the presidency. Walton, and presumably Kennedy, wanted Khrushchev to know that only RFK could implement John Kennedy's vision and that the cooling that might occur in US-Soviet relations because of Johnson would not last forever. He added that he was surprised to hear some Russians say that Bobby was more reactionary in his views on the Soviet Union than his brother. "This is untrue," asserted Walton. "If Robert differed from Jack, it was only in that he is a harder man; but as for his views, Robert agreed completely with his brother and, more important, actively sought to bring John F. Kennedy's ideas to fruition."

Jack Ruby told an FBI informant to “watch the fireworks” on the day President John F Kennedy was assassinated, the latest release of JFK files reveals…
Although the President was assassinated on 22 November 1963, the interaction between Ruby and the FBI informant, identified as Bob Vanderslice, was not officially relayed to the FBI until March 1977...“He was with Jack Ruby and standing at the corner of the Postal Annex Building facing the Texas School Book Depository Building, at the time of the shooting.
“Immediately after the shooting, Ruby left and headed toward the area of the Dallas Morning News Building, without saying anything to him.”

In the car there was also a stack of free passes to his shows that Ruby gave out as promotions, and a collection of business cards collected as connections. One card was from a local justice of the piece, asking any police officer to please render assistance to Ruby—a get-out-of-jail-free card, the kind of thing you show to a cop when you get stopped for speeding. But one of the business cards was for a man named “W.M. Naylor,” showing the address P.O. Box 4087 in Austin. That was interesting. If you’ve ever made an open records request of the Texas Rangers, Box 4087 would be familiar. It’s the address of the Texas Department of Public Safety headquarters.
“W.M. Naylor,” according to the Department’s own personnel records was in November 1963 the chief of the DPS narcotics squad—in other words, Texas’s top narc. But Naylor actually transferred to narcotics from the Texas Rangers where—also according to Department of Public Safety records—he was in the “Bureau of Intelligence.” Historically, investigators have always tried to make a connection between Ruby and Oswald, or failing that, Oswald and the FBI. A better connection is Ruby and the Rangers.

Jonsson became president of Texas Instruments, a position he held until 1958. Jonsson was elected chairman of the board in 1958 and held this position until 1966. He became honorary chairman in 1966 through 1977.[1]
...
In 1964, shortly after the assassination in Dallas of President John F. Kennedy, Jonsson became mayor of Dallas, Texas.