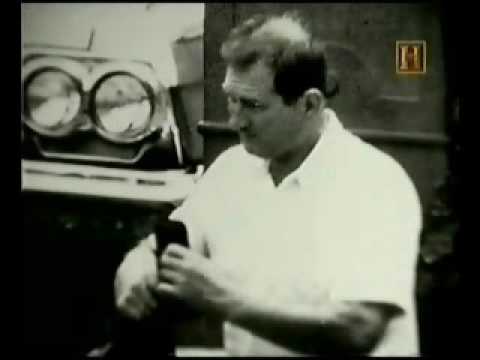 What makes that name much more interesting is a report out of Miami as of November 1, 1963.

On that date, a young Cuban man, recently arrived in Miami from Havana, was attempting to “chat up” a female employee at the Parrot Jungle. In that conversation he began to brag about his own skills as a marksman, stating he was as good as a friend of his named Lee. Lee was an American Marxist who spoke Russian and was a crack shot. He was currently in either Mexico or Texas, the young Cuban wasn’t sure at that point in time. The incident was confirmed to the FBI by other employees at the Parrot Jungle.

This becomes very interesting since Lee Oswald had indeed recently been in Mexico and had more recently arrived back in Texas. its unlikely that many American Marxists named Lee fit that travel pattern. The question is how would that young Cuban, only recently arrived in the US, know details about Lee Oswald including his recent travels. That question becomes easier to answer when its known that that the young man had worked for Mike McClaney in Havana, that McClaney had helped him leave Cuba and gotten him a job at the Fontainbleau Hotel in Miami – and that the exiled Cuban was actually living on McClaney’s estate in Miami Beach.

It’s those questions -- 18 of which are listed below -- that, when answered, will give the American people and others around the world a better understanding of who Lee Harvey Oswald was.

1) The United States Navy Base at Atsugi, Japan, to which U. S. Marine Corps member Oswald was assigned from September 1957 to November 1958, was not just a run-of-the-mill U.S. Navy-operated defense base. It was and is a Central Intelligence Agency (CIA) base. Among other intelligence operations, the Atsugi base was one of two bases from which the CIA operated the top secret U-2 spy plane, which flew reconnaissance and surveillance missions over the Soviet Union and China. Why was the low-achieving, nondescript Oswald assigned to such a top secret and important base?

2) When Oswald defected to the Soviet Union in October 1959, as a former Marine, a 201 File on him containing personnel documents should have been created by the CIA, because he had been stationed at a top secret naval base. No such file was immediately opened; instead, it was delayed. Why?

Rather, a 201 File on him was created a year later, in December 1960, and that late opening compels questions regarding how the CIA interpreted Oswald’s defection.

To underscore, the CIA’s treatment of Oswald’s defection was an anomaly -- it says something about who Oswald was, or, minimally, how his file was viewed by the CIA. If a former U.S. Marine defected from the United States to the Soviet Union at the height of the Cold War, and if he truly posed a risk of giving U.S. radar secrets and other sensitive information to the Russians, then why did the CIA did not immediately open a 201 File on him?

3) Oswald traveled through four nations in Europe en route to his defection to the Soviet Union, but he had virtually no money. As a person of modest means, how did Oswald finance his complicated defection trip?

4) During his trip through Europe to the Soviet Union, Oswald traveled from England to Helsinki, Finland, and initially checked in to the Hotel Torni -- which was roughly equivalent to staying at the Ritz Carlton. Where did the cash-strapped, low-resource, working-class Oswald get the money to stay at such a high-class hotel?

Perhaps Oswald underestimated the Torni’s hotel fees, because he soon checked out and sought another hotel -- but his second choice wasn’t much cheaper: the Klaus Kurki Hotel -- another four-star hotel -- which was similar in quality to the Four Seasons.

5) Upon arriving in the Soviet Union, Oswald said he was a U.S. Marine Corp. radar operator, and that he knew some “classified things” that he planned to give to the Soviets. However, Oswald was never punished by the U.S. government for making these disloyal statements. Why?

6) Oswald, despite his Marxist beliefs and defection to the Soviet Union, was later allowed to return to the United States after he decided he was wrong to defect and had become disillusioned with the form of communism practiced by the Russians. Despite his defection and all-but abandoned Soviet sympathies, and despite it being the height of the Cold War, Oswald was permitted by the U.S. government to return to the United States. Why?

7) Just before he re-defected to the United States, Oswald wrote to his mother, Marguerite Oswald, telling her that before he traveled to his home in New Orleans, “I plan to stop over in Washington for a while.” Why did Oswald stop in Washington, D.C.? What did he do there?

8) After he defected back to the United States from the Soviet Union, Oswald was de-briefed by the CIA, which the CIA initially lied about by claiming the interview did not occur. The CIA, when documents later surfaced that it had de-briefed Oswald, revised its story and called this meeting a “routine contact” for anyone who re-defected to the United States. Was this a routine contact? Or something more substantial? And why did the CIA initially lie about its contact with Oswald?

9) Some “Hands Off Cuba” leaflets, which Oswald distributed in August 1963 on the day of his arrest in New Orleans following a scuffle with anti-Castro protesters, were stamped with the address 544 Camp Street, which had no connection to any pro-Castro organization but did identify the building in which the offices of Guy Bannister, a private investigator involved in anti-Castro activities, were located. Why did they have a 544 Camp Street address?

10) The Warren Commission portrayed Oswald as a disgruntled, low-achievement loner. But the record shows that Oswald was a Civil Air Patrol cadet and a U.S. Marine Corps radar operator who was also trained in electronics, interrogation techniques and the Russian language. Oswald was also able to defect to the Soviet Union, live in Russia for two years and re-defect with a Russian wife … and gain re-admission to the United States in a matter of days after applying for re-defection. That’s a remarkable training, skills and accomplishment record for a low-achievement, low-resource citizen. How can one reconcile the Warren Commission’s profile with what the Oswald record shows?

11) The U.S. State Department extended Oswald a loan to pay for his travel expenses to return to the United States. As JFK Assassination Researcher Bob Harris points out, that’s pretty generous treatment during the height of the Cold War for someone with a Marxist past, who could have been a potential subversive and traitor to his country. Why did the State Department extend the loan?

14) As noted, Oswald was portrayed by the Warren Commission as being a low-achievement loner and a very ordinary person. Yet, throughout his life, Oswald was surrounded by high-achievement, extraordinary people: David Ferrie, Priscilla Johnson McMillan, George de Mohrenschildt, Ruth Hyde Paine and Michael Paine, to list a few. How can one reconcile the Warren Commission’s profile of Oswald with the relationships Oswald had with these accomplished individuals during his adult life?

15) The Warren Commission also portrays Oswald as a mentally unstable/crazy person, but Oswald was nevertheless able to attract and court -- in a foreign country, no less -- Marina Prusakova, a pharmacy employee, of Minsk, Russia (then the Soviet Union), whom he married in 1959. How can one reconcile the Warren Commission’s conclusion that Oswald was mentally unstable -- which generally is not viewed as a quality likely to attract a mate -- with Marina Prusakova’s willingness to marry Oswald?

Oswald was also able to re-defect to the United States with his Russian wife, quickly, after he requested to return to his native country. Why was he able to do so with such speed and ease?

16) CIA Operations Officer George Joannides of Miami, now deceased, guided and monitored the New Orleans chapter of an anti-Castro Cuban exile group, the Directorio Revolucionario Estudiantil (DRE), that Oswald had a series of encounters with in the summer of 1963, three months before Kennedy was murdered.

Later, in 1978, Joannides served as CIA liaison to the House Select Committee on Assassinations, but he did not disclose this obvious conflict-of-interest to the HSCA regarding his role in the events of 1963. Why?

HSCA Chief Counsel G. Robert Blakey said that had he known who Joannides was at that time, Joannides would have not continued as CIA liaison and instead would have become a witness who would have been interrogated under oath by the HSCA staff or by the committee.

17) Thirty-five years later, the CIA continues to oppose the release of Joannides’ files that relate to the JFK assassination. Why? (The public release of these files, among other classified JFK files, is being sought by author/researcher Jefferson Morley in the ongoing Morley v. CIA suit.) The CIA says the Joannides files must remain classified due to “national security.” Why?

18) The classified files of CIA officers David Atlee Philips, who was involved in pre-assassination surveillance of Oswald; Birch D O’Neal, who as counter-intelligence head of the CIA opened a file on defector Oswald; E. Howard Hunt; William King Harvey; Anne Goodpasture; and David Sanchez Morales -- when made public, these files will also help the nation determine what really happened in Dallas, who Oswald was, and how the CIA treated and handled his file. But as with Joannides’ files, the CIA said these files must remain classified until at least 2017, and perhaps longer, due to U.S. national security. Why? It has been 50 years. What event or act that occurred 50 years ago could possibly be in these files that could hurt U.S. national security?