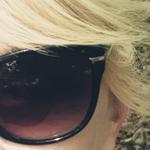 
Peter Madsen (46) will volunteer to undergo psychiatric examinations to avoid being forced into compulsion.

The investigation of the murdered inventor is, among other things, about his relationship with sadomasochism, writes Danish BT.

The famous Danish psychiatrist Henrik Day Poulsen (51) says this to the website:

Peter Madsen is charged with killing and resignation after the Swedish reporter Kim Wall disappeared from his submarine.
IMPORTANT IN REPORTING: 30-year-old Kim Wall was dumped at sea after she died aboard the submarine. Photo: Scanpix

Walls upper body was found in the water, but the police still look for the remaining body parts.

During the imprisonment meeting earlier this month, the prosecution authority was particularly interested in the sex life of the Danish inventor.

It emerged that Madsen lives in an open relationship even though he is married and that he has been part of an S / M environment in Copenhagen.

"I am a person who interests me in the diversity of eroticism," he explained.

Madsen was also asked about his relationship with so-called suffocation sex.

"The closest I've come to is that I've asked a mistress if she wanted to hold her breath as part of a role-playing game," he replied.

Psychiatrist Poulsen, who has contributed to preparing over 100 mental investigations of criminals in Denmark, says that the psychiatric survey has two purposes.

The one purpose is to determine if Madsen is reliable and suitable for normal punishment, and the other is to clarify whether he is dangerous and fit for a custodial sentence.

"You are investigating whether he hears voices, whether he is very paranoid, whether he feels monitored and persecuted, or shows other psychotic symptoms," says the psychiatrist.

- Beyond this, you have different psychological tests. You test his abilities and you can also give a psychoattest if necessary, he says.
Got panic

Madsen has explained that Wall died when she got a 70 kilo heavy steel wrap in her head and that he panicked the body overboard the submarine.

During the prison meetings, Madsen explained that he attached a strap around his body to the 30-year-old and attached various tool parts to this to make a kind of lead belt so that the body would sink.

Walls torso was later found disguised, but Madsen explained that he only took off the tights for the 30-year-old because the rope he used to lift her up slipped because it did not get caught. 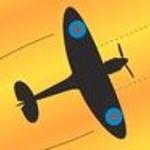 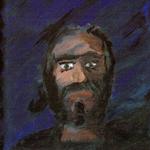