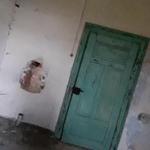 Scenes from the upcoming film 2012. Courtesy Columbia Pictures. Scenes from the motion picture "2012." Courtesy Columbia Pictures. Remember the Y2K scare? It came and went without much of a whimper because of adequate planning and analysis of the situation. Impressive movie special effects aside, Dec. 21, 2012, won't be the end of the world as we know. It will, however, be another winter solstice.

Much like Y2K, 2012 has been analyzed and the science of the end of the Earth thoroughly studied. Contrary to some of the common beliefs out there, the science behind the end of the world quickly unravels when pinned down to the 2012 timeline. Below, NASA Scientists answer several questions that we're frequently asked regarding 2012.

Question (Q): Are there any threats to the Earth in 2012? Many Internet websites say the world will end in December 2012.
Answer (A): Nothing bad will happen to the Earth in 2012. Our planet has been getting along just fine for more than 4 billion years, and credible scientists worldwide know of no threat associated with 2012.

Q: What is the origin of the prediction that the world will end in 2012?
A: The story started with claims that Nibiru, a supposed planet discovered by the Sumerians, is headed toward Earth. This catastrophe was initially predicted for May 2003, but when nothing happened the doomsday date was moved forward to December 2012. Then these two fables were linked to the end of one of the cycles in the ancient Mayan calendar at the winter solstice in 2012 -- hence the predicted doomsday date of December 21, 2012.

Q: Could phenomena occur where planets align in a way that impacts Earth?
A: There are no planetary alignments in the next few decades, Earth will not cross the galactic plane in 2012, and even if these alignments were to occur, their effects on the Earth would be negligible. Each December the Earth and sun align with the approximate center of the Milky Way Galaxy but that is an annual event of no consequence.

"There apparently is a great deal of interest in celestial bodies, and their locations and trajectories at the end of the calendar year 2012. Now, I for one love a good book or movie as much as the next guy. But the stuff flying around through cyberspace, TV and the movies is not based on science. There is even a fake NASA news release out there..."
- Don Yeomans, NASA senior research scientist Q: Is there a planet or brown dwarf called Nibiru or Planet X or Eris that is approaching the Earth and threatening our planet with widespread destruction?
A: Nibiru and other stories about wayward planets are an Internet hoax. There is no factual basis for these claims. If Nibiru or Planet X were real and headed for an encounter with the Earth in 2012, astronomers would have been tracking it for at least the past decade, and it would be visible by now to the naked eye. Obviously, it does not exist. Eris is real, but it is a dwarf planet similar to Pluto that will remain in the outer solar system; the closest it can come to Earth is about 4 billion miles.

Q: What is the polar shift theory? Is it true that the earth’s crust does a 180-degree rotation around the core in a matter of days if not hours?
A: A reversal in the rotation of Earth is impossible. There are slow movements of the continents (for example Antarctica was near the equator hundreds of millions of years ago), but that is irrelevant to claims of reversal of the rotational poles. However, many of the disaster websites pull a bait-and-shift to fool people. They claim a relationship between the rotation and the magnetic polarity of Earth, which does change irregularly, with a magnetic reversal taking place every 400,000 years on average. As far as we know, such a magnetic reversal doesn’t cause any harm to life on Earth. A magnetic reversal is very unlikely to happen in the next few millennia, anyway.

The Blue Marble: Next GenerationEarth, as seen in the Blue Marble: Next Generation collection of images, showing the color of the planet's surface in high resolution. This image shows South America from September 2004. Q: Is the Earth in danger of being hit by a meteor in 2012?
A: The Earth has always been subject to impacts by comets and asteroids, although big hits are very rare. The last big impact was 65 million years ago, and that led to the extinction of the dinosaurs. Today NASA astronomers are carrying out a survey called the Spaceguard Survey to find any large near-Earth asteroids long before they hit. We have already determined that there are no threatening asteroids as large as the one that killed the dinosaurs. All this work is done openly with the discoveries posted every day on the NASA NEO Program Office website, so you can see for yourself that nothing is predicted to hit in 2012.

Q: How do NASA scientists feel about claims of pending doomsday?
A: For any claims of disaster or dramatic changes in 2012, where is the science? Where is the evidence? There is none, and for all the fictional assertions, whether they are made in books, movies, documentaries or over the Internet, we cannot change that simple fact. There is no credible evidence for any of the assertions made in support of unusual events taking place in December 2012.

Q: Is there a danger from giant solar storms predicted for 2012?
A: Solar activity has a regular cycle, with peaks approximately every 11 years. Near these activity peaks, solar flares can cause some interruption of satellite communications, although engineers are learning how to build electronics that are protected against most solar storms. But there is no special risk associated with 2012. The next solar maximum will occur in the 2012-2014 time frame and is predicted to be an average solar cycle, no different than previous cycles throughout history.