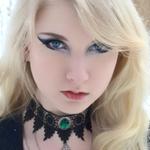 On 8 January 1985, in Widnes, Cheshire, a young girl called Jacqueline Fitzsimon caught fire with no apparent cause on a college staircase.
She subsequently died, apparently of delayed shock. Jacqueline Fitzsimons's death was subsequently ruled out as a case of SHC by the coroner and by independent investigators of supposedly 'paranormal' phenomenon - a rare instance of agreement in the SHC controversy.

The essential difference between the circumstances of the Fitzsimon case and 'classic' cases of alleged SHC is as follows:

Fitzsimons's flesh was unburned except where it contacted her flammable clothing (the jumper).
Ergo, the seat of the fire was the clothing, which ignited from an unknown source.
John E Heymer makes further tentative deductions: